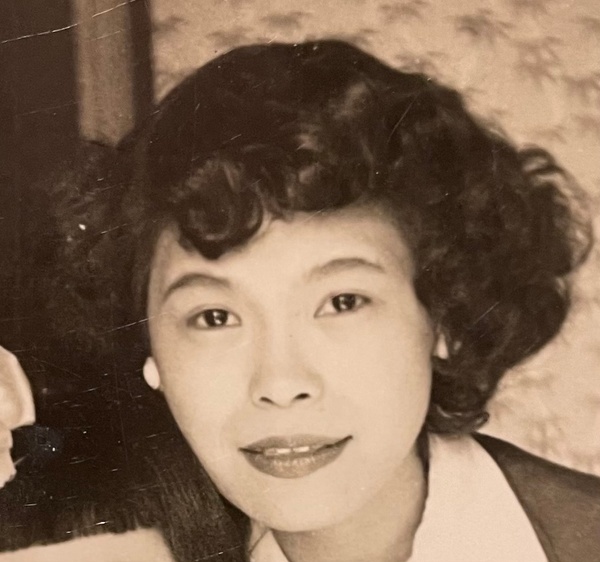 Yoko Shirey was born on September 28, 1933, in Tokyo, Japan, to Tatsunosuke and Yoshi Kijima. With family by her side, she entered into rest at her daughter\'s home on Monday, February 28, 2022. Yoko led a very secluded and quiet country life. If you knew her background then you would understand why few people ever really knew her. Yoko was a small child during World War II and experienced the hardships of that war. When war broke out in Japan, the emperor sent all children of the cities to the countryside as part of the Save the Children campaign. During her time in the country, she came to admire the resourcefulness of the rural people and she learned that the myth they were uneducated was totally inaccurate. Little did she know how this country style living would prepare her for where she would spend her adult life. After the war, during the American occupation of Japan, American films came to Japan. Yoko was intrigued by western films and took every opportunity to see the latest \"picture shows.\" However, she often became frustrated while trying to watch the action on the screen and keep up with the translations at the bottom of the screen. This prompted her to take English classes and learn the English language. Once again, another event was moving her in the direction of the west. Years later, during the Korean War, Air Force Staff Sergeant, Robert Shirey, was sent to Tokyo to work in the US publications office. The office was in need of locals who could speak English. Again, it was Yoko\'s interest in western culture that prompted her to interview for the job. She was instantly hired and it was not long before she caught the eye of the young American soldier from rural Louisiana. On November 21, 1952, they were married. As they boarded the ship for America, Yoko\'s older brother and sister said their good-byes and tearfully said, \"Go be an American now.\" Yoko would never see her native land again. She and Robert moved to rural Claiborne Parish during a time when feelings from the war were still raw. However, Robert\'s family soon fell in love with her and his family became her family, totally. Having lost her mother when she was only five years old, Yoko\'s mother-in-law became her closest and dearest friend and the only mother she ever knew. Over the next sixty-nine years, Yoko would live a quiet and simple country life as a homemaker. She was an excellent cook and seamstress. She also enjoyed knitting and crocheting and creating all sorts of origami crafts. She helped raise her seven grandchildren and they were her \"Sunshine\". With a child-like, fun-loving spirit, she created many memorable moments for each of them. Yoko is preceded in death by her parents, Tatsunosuke and Yoshi Kijima, her brothers Hachitaro and Isamu Kijima, her sisters Asako, Chiyo,and Setsuko Kijima, her loving husband, Robert F. Shirey, and her \"favorite\" son-in-law, D\'Arcy R. Stevens, Jr. She is survived by her four children, Steven Shirey of Weldon, David Shirey and wife Donna of West Monroe, Patricia Stevens of Weldon, George Shirey and wife Debbie of Weldon; seven grandchildren, Richard Stevens and wife Brandy, Walt Stevens, Anna Stevens, Amanda Shirey, Tyler Shirey and wife Emily, Jordan Branch, and Presley Shirey. She also leaves behind her great grandchildren, Ayrton, Laney, Ellie, Liam, Roman, Noah, Evan, Brylee, and Saylor and numerous nieces and nephews. Funeral services were held for Yoko Kijima Shirey, age 88, at Weldon Baptist Church in Weldon, Louisiana, on Thursday, March 3, 2022 at 2:00 pm, with Pastor Ty Shirey and Bro. Eric Harkins officiated. Interment followed at Weldon Cemetery. The family received friends at the church on Thursday from 1-2, prior to the service. Pallbearers were Steve Shirey, David Shirey, George Shirey, Richard Stevens, Walt Stevens, Tommy Amason, Robert Prince, Terry Shirey, and Ricky Shirey.

A very special "Thank You," from the family to Dr. Cliff Salmon and his staff for their loving care through the years given to our mother, as well as the staff at Christus Highland Cancer Center of Shreveport, and Regional Hospice of Minden.

In lieu of flowers honoring Mrs. Shirey, her family suggests memorials be made to Weldon Cemetery Fund. Memorials may be mailed to Ricky Rea, 14190 Hwy. 2 Alt., Bernice, LA.

To order memorial trees or send flowers to the family in memory of Yoko Shirey, please visit our flower store.
Send a Sympathy Card