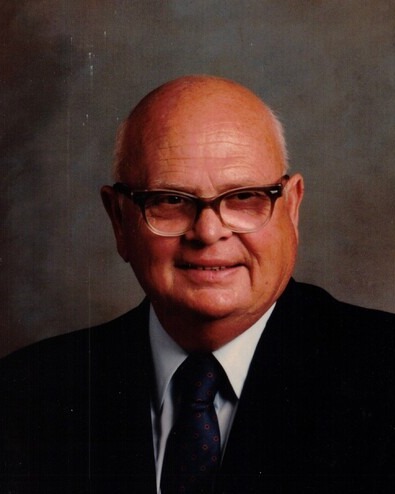 Mr. Grimsley grew his wings peacefully on December 3, 2022 to be with his Heavenly Father and finally reunited with his wife, Marjorie Othell Grimsley, who he would refer to as "His Little Othell" as well as numerous other family members waiting for his arrival. He was born in Logansport, Louisiana on October 18, 1922 and recently turned 100 years old.

The visitation will be held from 5:00 p.m. until 7:00 p.m. on Friday, December 9, 2022 located at Rose-Neath Funeral Home in Bossier City 2201 Airline Drive, Bossier City, Louisiana 71111. The celebration of life service will be held on Saturday, December 10, 2022 at 9:30 a.m. at Rose-Neath Funeral Home Bossier. Officiating the service will be Pastor Steve Beyer of Northpoint Community Church in Bossier City. A private interment service will be in Vivian at the Evans Ritchie Cemetery.  Honoring Mr. Grimsley as pallbearers will be Aaron Grimsley, Craig Grimsley, Jordan Isbell, and Riley Bornaman. Serving as honorary pallbearer will be Rusty Murray.

He was a graduate of Rodessa High School and lived in several states. He honorably served in the US Army during WWII and called Louisiana his home. Big Cliff was a devout Christian, active in his church, with a heart for family and music. As a lifetime member of the American Federation of Musicians, he shared the Louisiana Hayride stage with Hank Williams and the many country musicians who enjoyed Louisiana. He was part of Jimmy Davis’s (twice Louisiana governor) campaign band. As a celebrated song writer with his older brother Tex Grimsley (a Louisiana State Fiddle champ) he wrote and recorded “Walkin’ the Dog”. “The Dog” as he often referred to, went on to be recorded by Webb Pierce and later Buck Owens. He had an opportunity to leave Louisiana and go on world tour with Webb Pierce, who became a popular country star in Europe. He was always thankful that he chose to stay home in Louisiana with his beloved wife Othell and raise a family. He was recently interviewed and commemorated in the Centenary College early country music history. He sang and played a variety of instruments but his passion was the steel guitar. He loved singing with his wife and was a popular part of the music program at Life Tabernacle Church on Grand Avenue in Shreveport, Louisiana. He loved hunting and fishing and raised bluetick hounds, beagles, and the occasional pit bull. After he retired from the City of Bossier as a water plant operator, he continued playing music with his many musician friends. Eating fish, hunting squirrels, gardening, and pit BBQ were a full day. 100 years of memories is a lot to recall. In his later years, he lived more in the moment and enjoyed new friends daily. Behind his wispy smile he always knew he made good on his promise to his God and beloved wife to not go on tour, but to stay home and raise a family.

The family would like to thank Colonial Oaks Nursing Home staff for their excellent care.

To order memorial trees or send flowers to the family in memory of Willie C. Grimsley, please visit our flower store.