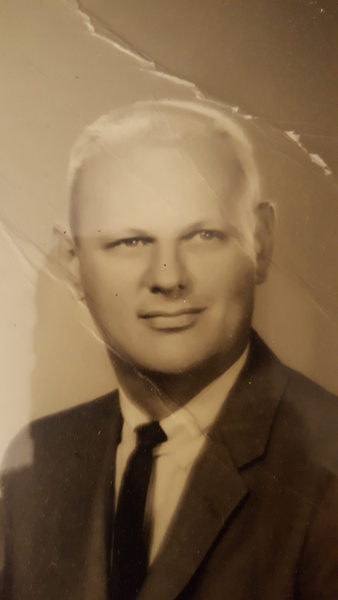 William Henry "Bill" Stevenson, 92, was born December 14, 1928 in Little Rock, Arkansas to Henry (05/26/1896 - 07/09/1953, place of birth, Morrilton, Arkansas) and Nell Blanche Beaty Stevenson (12/16/1902 - 08/16/1999, place of birth, Carthage, Texas), and passed away Tuesday, November 23, 2021 in Shreveport, Louisiana. Bill was raised in the house his parents built in 1925 on Park Hill in North Little Rock, Arkansas. He graduated from the University of Tulsa, where he was an active member of the KA Fraternity, with a degree in Engineering. While attending college, he took a weekend trip home, and married his high school sweetheart of 4 years, Betty Anne Key Stevenson (09/13/1928 - 10/28/2020, place of birth, Avon, Mississippi). Their marriage was on April 08, 1950 and was conducted by Rev. Aubrey Walton of First Methodist Church of Little Rock, who later served as Bishop in Louisiana while they lived in Shreveport. He joined the United States Army and was commissioned an officer. He served in Washington, D.C. during the Korean War. Upon completion of his duties, Bill and Betty moved to southern Illinois, where he was employed by Dowell. On a trip to Little Rock, he visited with family friend Sheffield Nelson, who offered him a position with Arkla Gas in Shreveport. Upon moving to Shreveport, they rented a house on Egan Street, and became members of Noel Methodist Church because it was within walking distance of their home. They later built a home in the Southern Hills subdivision, being the second house built on the street. Bill retired from Arkla in 1985 and spent the remainder of his years enjoying travels with his wife and working in his beloved woodshop. He is preceded in death by his parents; his wife, Betty Stevenson; a grandson, Charles Matthew Stevenson (04/10/1983 - 06/26/1983), and his son-in-law, Frank Albert Shelton (09/01/1959 - 01/04/2019). He is survived by his daughter, Sherri Anne Stevenson Shelton (08/10/1957); his son, Andrew Henry Stevenson (11/01/1959); grandson, Andrew Henry "AJ" Stevenson, Jr. (09/12/1980) and wife, Lori Ellen Hull Stevenson (12/21/1980); granddaughter, Lauren Ashley Shelton Laughman (01/01/1986) and husband, Brandon Len Laughman (03/12/1983); and four grandchildren, Garrett William Stevenson (07/30/2001), Chase Evan Stevenson (10/08/2004), Camden Carter Laughman (06/09/2014), and Eliza Camille Laughman (08/31/2018). Services will be held on Saturday, December 04, 2021, at Noel Memorial United Methodist Church, 520 Herndon Street, Shreveport, Louisiana 71101, with visitation from 10:00 a.m. until service time, with memorial at 11:00 a.m. Services will be conducted by the Rev. Kaylan Walker assisted by Rev. Rachel Scott. Music will be provided during the visitation by Mrs. Suda Adams Beard (whose father was Bill's boss at Arkla and upon his retirement, Bill was promoted to his position as Production Superintendent. Additionally, Suda's mother-in-law, Hazel, had done the Stevenson's taxes for years before entering politics, and her father-in-law, Charles, had owned Shreve Auto Sales where Andrew bought his first pickup truck), and provided during the service by Bryan Bierbaum. Bill and Betty's cremains will be combined and spread at various locations they enjoyed throughout their life. Some will be placed at their parents' graves in Greenville, Mississippi and Little Rock, Arkansas, with the rest being deposited at Magazine Mountain, Petite Jean, Bard Springs Campground, and Cossatot Falls in Arkansas and at The Ghost Ranch in New Mexico, and Estes Park in Colorado. The family suggests memorials may be made to Noel United Methodist Church, 520 Herndon St. Shreveport, LA 71101, Shriners Hospital for Children-Shreveport, Samford Ave. Shreveport, LA 71103, or Knights Templar Eye Foundation, P.O. Box 271118 Flower Mound, TX 75027.
To order memorial trees or send flowers to the family in memory of William Stevenson, please visit our flower store.
Send a Sympathy Card