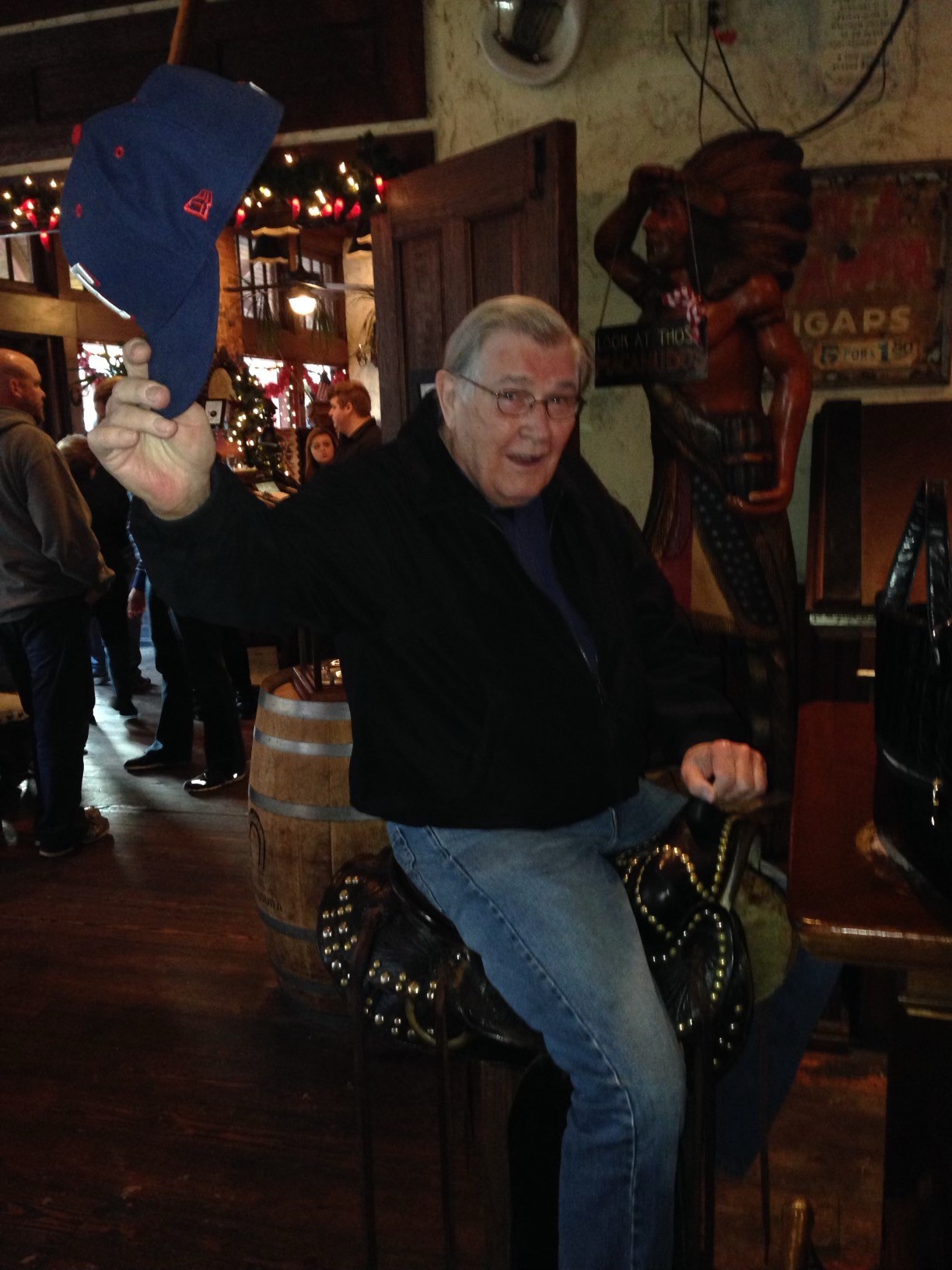 Funeral services for William "Jake" "Skeeter" Jennings Sherman, Jr. will be held at 3:00 p.m. Monday, February 28, 2022 at Rose-Neath Funeral Home, 1815 Marshall St., Shreveport, Louisiana. A visitation will be held from 1:00 p.m. until time of service. Officiating the service will be Father Duane Trombetta.

Dad's obituary photo was his all-time favorite photo of himself, taken a few years ago at the Stockyard's Hotel in Fort Worth. It was also the photo he chose for his August birthday theme, which he titled "85 and Still Alive!" He said this was the picture we were to use for his obituary! Sadly, that day has come. Jake rode off into the sunset Wednesday, February 16, 2022.

He was born in Haynesville, Louisiana on August 12, 1936. If you knew him well, he had told you at least once, that he came into the world butt-backwards. And he was proud of it. In his youth, he was an avid outdoorsman, hunting and fishing along the Tensas River with his father, and his beloved bird dogs. He attended Northwestern State University, graduating in 1959. He was a proud member of the NSU Demon baseball team, where he made a deal with the coach to catch batting practice if he would let him on the team. He served on the Board at Northwestern where his proud contribution was having orange added to the official team colors. He made his silver screen debut in "Welcome Home Roscoe Jenkins" where, as an extra, he made his way into many scenes. He had the time of his life as an actor and rubbing shoulders with James Earl Jones.

He met his wife, Elaine Neal, in college and they had 45 years together before she passed. He was so proud of his three daughters, four grandchildren, and three great-grandchildren with two more on the way. You can tell by his photo that he was full of life, full of "you know what", full of fun...jokes, laughter, wisdom, advice, solutions, ideas and lots of his funny little sayings. He was larger than life, and he touched so many people. His heart was so big, and he had such compassion for people - this was his true talent, above all others. He was a personal cheerleader, a charmer, a coach and always the salesman. He was a huge lover of baseball, football, and his beloved LSU Tigers.

He is preceded in death by his parents, W.J. Sherman and Mabel Gould Sherman; grandson, Steven Jennings Caire and son-in-law, Philip Caire.

The family would like to express special thanks to Donna Earnest McLaughlin and Karley Raney for their care and compassion shown towards Jake.

So, one last time, Dad, "Time to put the bats in the bag." Our hearts are broken, and you've left an immense void. As you liked to say, "I'll see you on down the road." Love you forever.

In lieu of flowers, the family suggests donations may be made to Shriners Children's Hospital in Shreveport, 3100 Samford Ave, Shreveport, LA 71103.