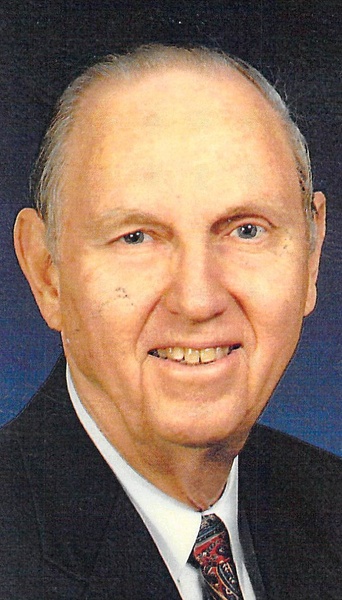 Walter Peter Steinman, Jr. entered into the heavenly gates with Praise and Thanksgiving on May 2, 2022 after a long and fulfilled life. He was born on September 30, 1932 in San Antonio, Texas to Walter Peter Steinman, Sr. and Jeanette Elizabeth Steinman. He grew up in San Antonio graduating from Alamo Heights High School in 1950 where he excelled in football and basketball. After high school he attended Texas A&M graduating in 1954 with a degree in Mechanical Engineering. He used this degree working 50 years in the oil business which took him and his family to several places (Texas, Oklahoma and Louisiana). He was active in Society of Petroleum Engineers and seldom missed an Aggie Muster. He was raised an Episcopalian. He left the Episcopal Church for a few years but returned to his roots in 2016 in a move to Lake Charles where he attended St. Michaels and All Angels Church. He was a strong, born again Christian and had a close relationship with his Lord. He is preceded in death by his parents; and sister, Billie Long. He is survived by his wife of 67 years, Norma Jean Crow Steinman; daughters, Sharon Shetler (Rick), Pamela Tadlock (Randy); grandchildren, Josh Hermes (Amanda), Amy Meaney (David), Kaysie Bolton (King), Randy Tadlock, Jr., Emily Barnett (Jason); and 13 great-grandchildren. Memorials may be given to Operation Blessing CBN Center, 977 Centerville Turnpike, Virginia Beach, VA., 23463, St. Michaels and All Angels, 123 West Sale Rd., Lake Charles, LA. 70605, or The Association of Former Students Texas A&M University, 505 George Bush Dr., P.O. Box 10005, College Station, Texas 77842. A service celebrating Pete's life will be held on Thursday, May 5, 2022 at 2:00 p.m. with visitation from 1:00 p.m. to 2:00 p.m. at Rose-Neath Southside Funeral Home, 2500 Southside Dr., Shreveport, Louisiana. Burial will follow at Rose-Neath Cemetery, 5185 Swan Lake Rd., Bossier City, Louisiana. Officiating the service will be Reverend Ed Dilworth.
To order memorial trees or send flowers to the family in memory of Walter Peter Steinman, Jr., please visit our flower store.