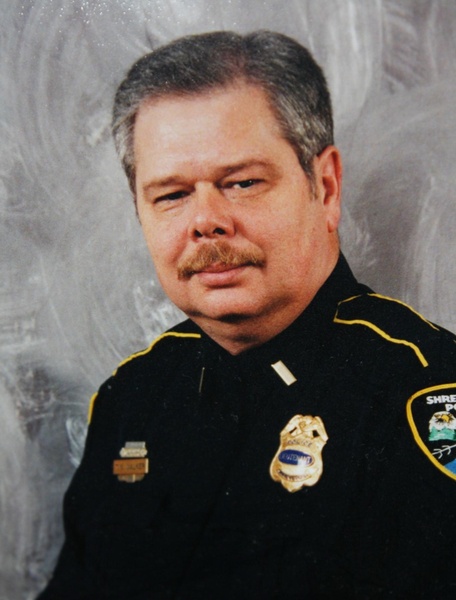 A Celebration of Life honoring Tommy Walker will be held at 2:00 p.m., Saturday, August 20, 2022 at Rose-Neath Funeral Home, 1815 Marshall Street, Shreveport, Louisiana. Officiating the service will be Father Long of St. Joseph Catholic Church.   A visitation will be held prior to the service from 5:00 p.m. until 7:00 p.m., Friday, August 19, 2022, at the funeral home.

Tommy was born in Castor, Louisiana and moved to Shreveport not long after.  Raised by his mother, Tommy graduated from Fair Park High School in 1968, and attended Louisiana State University in Shreveport.

In June of 1978, Tommy joined the Shreveport Police Department, where he served honorably for over 25 years.  He graduated in class #3 from the Shreveport Police Academy and began his law enforcement career as a patrolman.  He quickly rose through the ranks, ultimately reaching the rank of Lieutenant, and retired in 2003 as the graveyard shift commander.  He loved working the graveyard shift and did so voluntarily for over 20 of his 25 years.  He chose to work the graveyard shift because it gave him more time at home with his boys when they were younger. He could be home in the evenings to put his sons to bed, and back in the morning to cook them a hot breakfast before school every morning.

To say Tommy Walker was one of a kind, is an understatement.  He was a great father, son, grandfather, police officer, cook, photographer, and friend to so many.  His quick wit and unique humor made him liked by all who met him.

Throughout his life, Tommy had many hobbies.  He loved photography and was rarely without his camera.  If there was any type of gathering, he would show up and take photographs, sometimes whether he was asked to or not.  As an amateur photographer he took his grandkid’s senior pictures, photographed weddings, graduations and other special events as requested, and never charged a fee.  When anyone insisted on paying him, he would tell them to do so with a Dunkin’ Donuts gift card.  He loved cooking, especially when he could cook for others.  His “world famous” Mexican cornbread dressing was one of his favorites to cook, and for Thanksgiving he would make numerous pans and deliver them to family and friends.  Tommy would tell you he did not believe in using measuring cups and spoons, he believed you measured by taste and smell, often explaining his recipes by saying “toss in a handful of this, and a pinch of that”.   Tommy loved history, particularly World War II history, and read every book about it he could.  He enjoyed reading, and for years made a weekly trip to the library.  Tommy was a big fan of the game show Jeopardy, and if you ever watched an episode with him, he would answer nearly every question, if not all, correctly.  He once attended a Jeopardy show audition held in Shreveport, beating out over 700 others, to make it into the top 10 of those that auditioned.

Tommy was also a creative writer, and once he discovered Facebook, it allowed him to share this gift with the world.  Over the years he amassed a large following on Facebook that his sons referred to as his “Facebook fan club”.  He wrote weekly “Kroger reports” and outlandish tales about a character he named Hop Sing, who he referred to as his elderly Chinese cook.  These stories almost always began with the line, “Hop Sing has been rushed to the hospital”.

Of all the hobbies he had, none made him happier than his sons and his grandchildren.  He spent as much time with his grandkids as he could, attending school functions, graduations, and ball games.  He loved spending time with them, taking pictures of them, and bragging about them on Facebook.

To order memorial trees or send flowers to the family in memory of Tommy Walker, please visit our flower store.