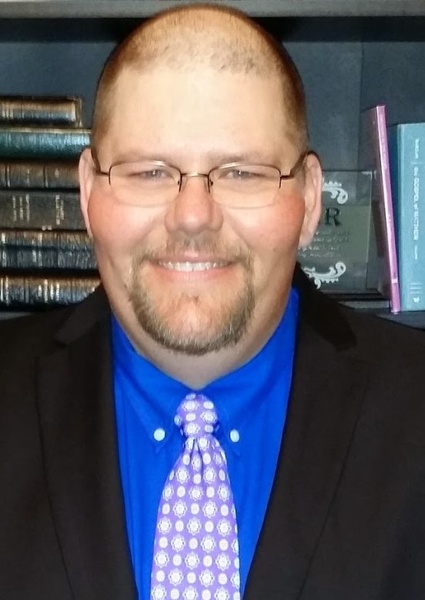 Timothy Dean Simons of Greenwood, LA, was born on June 5, 1969, in Houston, Texas to Winford Leon Griffith and Brenda Sue (Denison) Simons. He went home to be with his Jesus on May 5, 2022. Tim grew up in Houston, TX and moved to Centerville, TX in 1980, where he met his future bride, Debra Ann Morton of Teague, TX. He graduated from Teague High School in 1987. Tim and Debbie were married on June 6, 1987, and the Lord blessed them with one daughter. He was saved at the age of 31 and was baptized by Landmark MBC in Waco, TX. He accepted the call into the ministry in 2014 and graduated Louisiana Baptist Institute and Seminary in 2020. He always wanted a large family, after growing up in a house of three. Once he joined his church, later joining the ministry and attending the school he felt he had more family than he could count. He was preceded in death by his father Winford Leon Griffith and his stepfather Doyle Benjamin Simons. He is survived by his loving wife, Debbie, daughter, Hayley Jordan Robinson and husband Dusty of Stamps, AR; Mother Brenda Sue (Denison) Simons of San Antonio, TX; brother, Benjamin Masters Simons of San Antonio, TX, and sister, Kris Denison of Ponca City, OK. He also survived by his many "Adopted" Fathers, Mothers, Brothers, and Sisters in the faith. Including many brothers in the ministry. In lieu of flowers the family requests any donations be made to the church where he pastored: Victory MBC in Greenwood, LA or Louisiana Missionary Baptist Institute and Seminary. Services celebrating the life of Timothy Simons will be held Tuesday, May 10, 2022, at Whispering Pines Missionary Baptist Church with Rev. Robin Parsons officiating. The family will receive friends Tuesday from 12:00 until 2:00 at the church prior to the service. Rose-Neath Funeral Home 211 Murrell Street Minden, Louisiana 71055 (318) 377-3412
To order memorial trees or send flowers to the family in memory of Timothy Dean Simons, please visit our flower store.