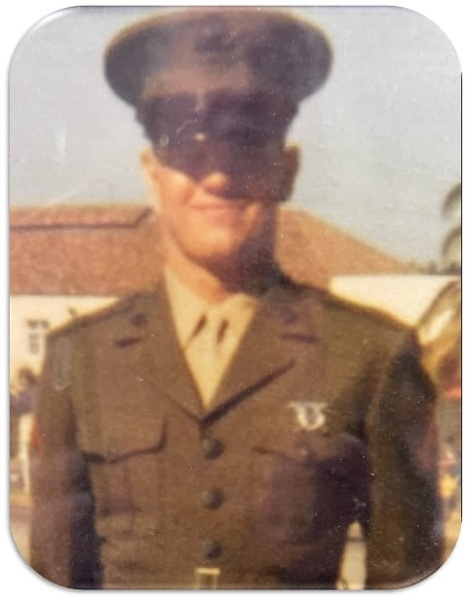 Terry L. Schmidt, 73, of Converse, Louisiana was born on November 14, 1948, in Norfolk, Nebraska. He passed away on February 22, 2022, at his home in Converse, Louisiana with his wife of 46 years by his side. Terry was preceded in death by his parents, Julius and Lois Schmidt; sister, Linda Suzanne Schmidt; and his beloved pup, "Mikey." Terry is survived by his wife, Betty Schmidt of Converse, LA; son, Julius John "J.J." Schmidt and wife Andrea "Andi"; two beautiful granddaughters, Kimber Jay Schmidt and Allie Beth Schmidt, all of Blairstown, MO; and daughters, Teresa Suzanne Schmidt and husband Jeff of Chanute, KS and Lela Michelle Schmidt of Atlanta, GA. SSGT Terry L. Schmidt served six years (1970-1976) in the United States Marine Corp. Rifle expert, bulk fuel, heavy equipment, and transportation were a few of his many accomplishments in the corp. He wore the Marine Corp uniform proudly. After his tour of duty, Terry became a government contractor at Ft. Leavenworth, Kansas. Overseas and domestic relocations of military personnel and equipment was his specialty and commitment for over forty years to continually serve. Upon retirement, Terry relocated to Blairstown, Missouri. Here, he and his son J.J. built and created a lifestyle of family farming and cattle operations. Row crops, cow-calves, and feeder cattle became another commitment for Terry to continually serve. Honoring Terry as pallbearers will be the Marine Corp. and the Patriot Guard Riders. Serving as honorary pallbearers will be Don Springer, Gene Schmidt, Douglas Rascoe, Thomas Rascoe, Mickey Roges, Bill Jarrett, and Ronnie Fontenot. Cremation will be in Shreveport, Louisiana. Graveside services with family and friends will be at Union Springs Cemetery, Converse, Louisiana at 2:00 p.m. on Saturday, March 12, 2022. Officiating the service will be Bro. Jimmy Price.
To order memorial trees or send flowers to the family in memory of Terry Leroy Schmidt, please visit our flower store.
Send a Sympathy Card