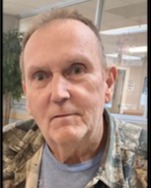 Terry Dirks, age 63, a lifelong resident of Coushatta, passed away December 2, 2022, after a brief illness.

Terry was born in April 1959 in Coushatta, Louisiana, to Sammie Mercille Lewter. He graduated from Fairview Alpha High School in 1977. Terry worked for Bam’s Skelly with his brother-in-law, Cecil Bamburg. Terry worked at Brown and Root; CW Belcher as a professional butcher; insurance agent; car sales; and marketing.  Although early on, his passion was for cars and hunting, his whole world changed when he became a dad to his Hannah Katelyn. He was so proud of her and his two grandsons.  Being a Papaw to Beckett and Brodie made him beam with pride.

Memorial Service for Terry Dirks will be held at Hickory Grove Baptist Church on Saturday, December 10th, 2022 at 10AM with Brother Mike Fort Officiating.

To order memorial trees or send flowers to the family in memory of Terry Alan Dirks, please visit our flower store.