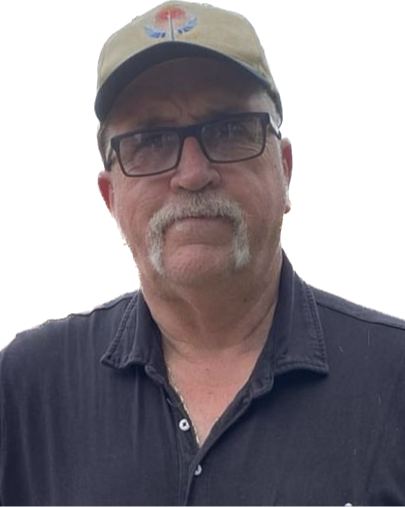 Stephen Ronald Risner, 68, of Homer, LA left this life suddenly on Friday, October 21, 2022. He will be greatly missed by those who knew and loved him.  He was a friend to all those that knew him – with a smile, a sense of humor, and a sense of dependability that was unmatched.

Stephen was introduced to this world by his parents, Lacy and Virginia Risner on June 7, 1954 in St. Louis, MO. When he came home from the hospital it was to Herculaneum, where he lived with his parents and his older brother, Marv Risner. While living in Herculaneum, Stephen attended Dunklin R-5 schools and graduated from Herculaneum High School in 1972. Stephen’s love for the Herky Blackcats was known to many due to his proud tattoo! His childhood was relatively normal…if you consider purposefully flooding their home’s basement with garden hoses in the winter to create his own ice hockey rink as normal behavior. His father, Lacy, could only laugh as he called his neighbors over to come and see what Steve had done. In high school he was a linebacker in football – which was incredibly impressive for someone with just one eye. Stephen’s interest in law enforcement might have been piqued by a scary traffic stop as a fifteen year old, hanging out with his older brother (don’t worry – it was mistaken identity). Marv also noted that Stephen couldn’t wait to tattle to their parents when they got home.

Those who only knew Stephen in the later years might be shocked to know that at one time his hair was long, wavy, and down to his shoulders. It made quite a fitting look to see those long curls hanging out of the bottom of his motorcycle helmet.  Everyone who know him could speak to his mischievous pranks and jokes. He taught his niece to throw all of her neatly folded diapers over her head into a pile on the floor, ending in her getting in trouble. When he was little, he used to put pepper on his cousin’s thumb when she napped so that when she woke up and sucked her thumb, she would have quite the surprise!  He was never shy about just stopping by and spending quality time catching up with loved ones, sometimes even getting a loaf of banana nut bread out of the deal. And when his uncles come around, there was always roughhousing and wrestling, always.

His early hobby of fishing with his family, especially catfish fishing with his dad, only generated a life-long love of the outdoors. He loved to hunt, which even evolved into a thriving business teaching firearm safety and personal protection called Golden Eagle Training and Safety. His 39 years + of law enforcement training made him the perfect candidate to help others keep themselves and their families safe.

Stephen attended Jefferson College and the University of Missouri before finding his life passion in law enforcement and corrections. He served as a State Correctional Officer in both Missouri and Louisiana, as a State Probation and Parole Officer in Louisiana, as a Training Mentor and Advisor for the Afghan National Police & Prison System in Afghanistan, a Police Officer in Webster and Claiborne Parishes, a K-9 Officer, a Deputy Sheriff and a Warden at Bayou Dorcheat Correctional Facility and Assistant Warden at Claiborne Parish Detention Center.

Law Enforcement was not his only passion. Stephen enjoyed umpiring and refereeing games on weekends. He was active in his local Masonic Lodge, serving as secretary as he sought to build a meaningful relationship with his Masonic Brothers. Stephen absolutely adored his daughter and granddaughters. When able, he was a proud grandpa cheering on Grae at her swim meets. And anyone who thought he was gruff never saw him play with his youngest granddaughter, Adelyn. They will forever treasure their memories with him.

Stephen is survived by his daughter, Stephanie Risner; his deeply beloved grandchildren, Gracelynn Belle and Adelyn Grae; brother, Marv Risner and sister-in-law, Deborah Risner; granddog, Moose (even though he nipped his ankles often) and many nieces, nephews, and cousins.

Stephen was predeceased by his father, Lacy Risner and mother, Virginia Risner of Herculaneum, MO.

The family of Stephen would like to express with a grateful heart the care and compassion of Claiborne Parish Sheriff’s Office, Claiborne Parish Detention Center, Masonic Lodge, Dr. Mark Haynes, and the community for being there during his time of need.

Honorary pallbearers will be Law Enforcement and Masons.

A visitation for Stephen will be held Saturday, October 29, 2022 from noon to 2:00 pm at First Baptist Church, 406 West Main Street, Homer, LA. The service will follow at 2:00 pm with Rev. Steve Beard, officiating.

To order memorial trees or send flowers to the family in memory of Stephen R. Risner, please visit our flower store.