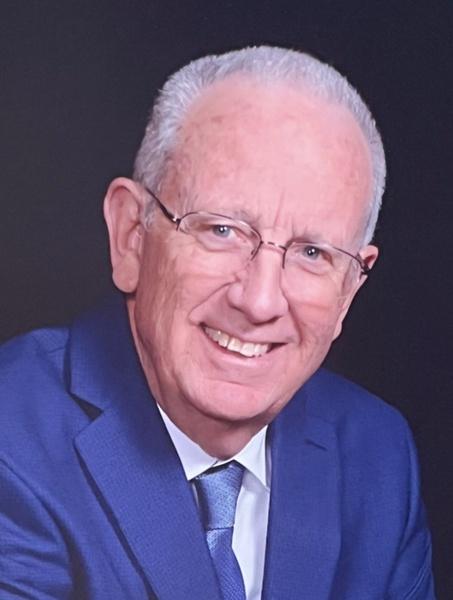 Funeral services for Stephen Bosher, 76, will be held on Friday, August 12, 2022 at 11:00 a.m. at Brookwood Baptist Church, 9014 Brookwood Church Way, Shreveport, Louisiana. Burial will be held at a later date at the Northwest Louisiana Veterans Cemetery in Keithville. A visitation will be held Thursday, August 11, 2022 from 5:00 to 8:00 p.m. at Rose-Neath Funeral Home, 2500 Southside Dr. in Shreveport. Officiating the service will be Pastor David Rice and Pastor John Harp.

Stephen was born March 23, 1946 to Amos Bosher and Gloriana Colville Bosher in Dallas, Texas and passed away on Tuesday, August 9, 2022 in Shreveport, Louisiana.

Stephen was a devoted family man and devout Christian who loved the Lord.  He was a resident of Shreveport, Louisiana for the majority of his life, attending Fair Park High School.  In January 1964 he enlisted in the United States Navy where he served on the USS Bon Homme Richard (CVA-31) with his best friend, Butch Rutherford, during the Vietnam War. After returning home in 1967, he began his career with Bell South as a Lineman.  In October 1968, he met the love of his life, Caroll Anne Sanders, whom he married on December 21, 1968. Stephen retired from Bell South as a Fiber Optic Installer in 2000.

Stephen is preceded in death by his parents; and his beloved niece, Christy Shidal. Left to cherish his memory is his wife of 53 years, Caroll Anne Bosher; daughters, Vikki Parker and husband, Brandon and  Susan Contario and husband, Josh; grandchildren, Sydney Parker, Madelyn Parker, Johnathon Contario and Jacob Contario; sister, Gay Shidal and husband, Jerry Shidal; nephew, Tim Shidal and wife, Jennifer;  and numerous extended “family” members and friends who looked up to him and referred to him as “Dad” and “Grandad.”

The family would like to express special thanks to Superior Hospice, LyShonda Hogan, owner of Hogan Professional Care Service and Bobbie Cooper for their exceptional care and compassion given to Stephen.

The family suggests in lieu of flowers, please send a donation to your favorite charity.

To order memorial trees or send flowers to the family in memory of Stephen Amos Bosher, please visit our flower store.