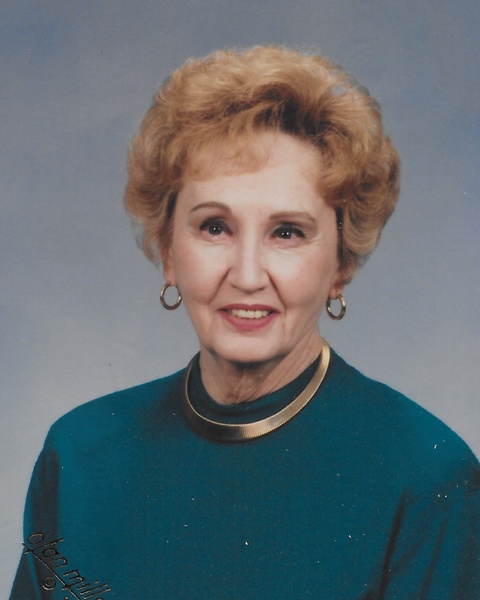 Sky Lenard, a native of Framingham, Massachusetts and a long-time resident of Shreveport, passed away on Wednesday, October 5, 2022 at the age of 94.  She has joined her parents, three brothers and two husbands, all of whom died before her.  She will be remembered for her love and dedication to her family, her efforts to make her community better and her giving comfort and joy to all she met.  She had a strong Christian faith and was a long time member of Broadmoor Baptist Church.  She had a heart of gold and a charm that never failed to leave a memorable impact on anyone she crossed paths with.

She was born “Betty Jo” to Ralph and Elizabeth Sawyer on September 24, 1928.  Her brothers were Ralph Sawyer Jr., George Drury Sawyer and Joseph Nichols Sawyer.  On December 23, 1947 she married Lloyd E. Lenard, a marriage that would last 60 years and which only ended with Lloyd’s death.  It was her husband who gave her the nickname “Sky”, but no one knows why; they wanted to keep the reason just between the two of them.  She was glad to move away from New England winters to the sunny south, first to Dallas, then to Monroe, and in 1952, to Shreveport.

Sky was a volunteer.  A complete list of her activities is not possible.  She was proud of the time she spent as a volunteer and board member on the crisis line “Open Ear.”  Some of her efforts centered around education including serving on the advisory committee to recommend a Chancellor for LSU-S, being an active member of PEO’s efforts to award college scholarships to women, and serving as a docent at Centenary’s Meadows Museum.  For several years, she and Lloyd co-chaired the Caddo Parish Alumni fundraising efforts for LSU Baton Rouge.  In 1988, she was named “Woman of the Year” by the Port of Shreve American Business Women’s Association.  Her other passions included travel, needlepointing, dancing and going to the beach.

In 2010 she found love a second time and married John Roberts of Shreveport from whom she was also widowed after 5 years.

Arrangements are being made by Rose-Neath Funeral Home, 1815 Marshall St., Shreveport, Louisiana. A private graveside service will be held at Forest Park Cemetery, St. Vincent. Officiating the service will be Perry Culver.

The family would like to express special thanks to the great staff at the Glen for making her final years so happy.

In lieu of flowers, the family suggests that you donate to PEO scholarships at www.peointernational.org, the LSU-S or Centenary scholarship funds, Gideon International, P.O. Box 3802, Shreveport, LA 71133, or the charity of your choice.