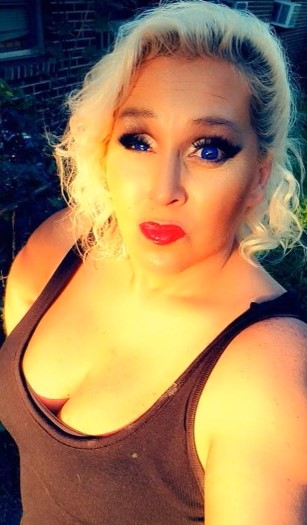 Sherry Darlene Parker was the daughter and youngest child of Thomas Ray Parker and Sandra Norwood Parker. She entered this world on August 16, 1977, in Mansfield, LA and departed it on December 13, 2021, for eternal rest in Mansfield, LA. She was "Daddy's Girl" from the start. She and her father shared a lot of the same traits, mannerisms and a love for horses and other animals, which she passed on to her three children and her granddaughter. Sherry was preceded in death by both her parents and her daughter, Halie Diane McDonald. She was also preceded in death by a friend who became a brother, Chris Bell. She is survived by Burton McDonald and their three children, Dawn "Dawnie" Meshel Parker (Andrew) of Coldwater, LA; Kirstin Maria "Kirstin Sue" Thomas of Provencal, LA, and Bryce Ray "Bubba Ray" Parker of Provencal, LA, her granddaughter, Halie Maria Hayes of Provencal, LA, which she referred to lovingly as her "Mini Mini". Sherry is also survived by her siblings, Rusty Parker, Johnny Parker, Dorene Nix, Terri Parker Whitlock-Buckmeyer and Kayla Parker Brooks. Sherry was a strong supporter in all that her children did and accomplished. Not only did she support them she supported her nieces and nephews as well as those that had become part of her family. She may have appeared rough around the edges, but she had a heart of gold and would give anything she had to anyone in need or that was down on their luck. Sherry was a hard-worker and often bragged that there was not a man at IP that could do the work that she did. She would also tell you in the same breath that she did not expect to be treated differently for working in a "man\'s world", she wanted to be treated as an equal. She also wanted to be recognized for her hard work, knowledge, and devotion to the job she loved so much. Sherry was an electrician and damn proud of it. You never had to guess what Sherry was thinking or what her opinion was on a matter. She would openly share it with you, whether you wanted to hear it or not. Sherry was loud and full of life. She enjoyed celebrating the little or big moments in life with family and friends. With her passing there is now an emptiness within our family. She left some mighty big work boots to fill. However, she instilled in all her children that to make it in this life you must be willing to work hard and endure. She also instilled in them that they can do and become whatever they choose to be, that they must take the reins, make their own decisions and not let life dictate to them. Visitation will be Thursday, December 16, 2021, starting at 4:00 p.m. for family and from 5:00 p.m. to 9:00 p.m. for friends at Kilpatrick Rose-Neath Funeral Home in Mansfield, LA. Funeral services will be held in the funeral home chapel on Friday, December 17, 2021, starting at 2:00 p.m. and interment will follow at Beulah Baptist Church Cemetery in Mansfield, LA. Those honored to serve as pallbearers are Matthew Bell, Clarence "CJ" VanHook Jr., Ricky French, Larry Page, Josh Ballard, and Evan Nix. Honorary Pallbearer will be Bobby Bell.
To order memorial trees or send flowers to the family in memory of Sherry Darlene Parker, please visit our flower store.
Send a Sympathy Card