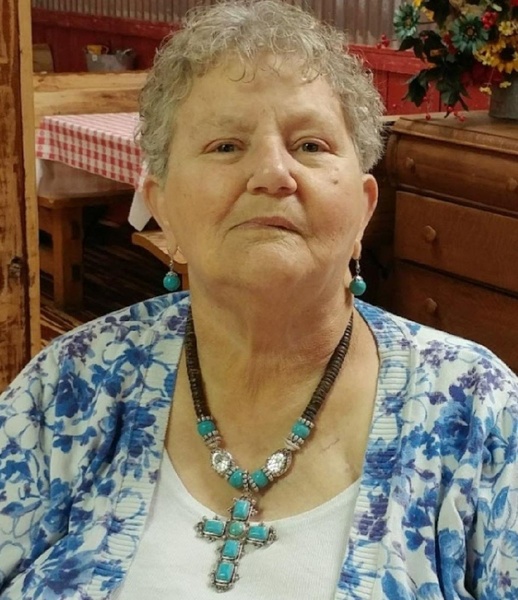 Sherry Louise Ebarb departed her loving earthly family on January 8, 2022. Sherry Louise Golden was born in Belmont, Louisiana on March 17, 1946, to Jim L. Golden Sr and wife Truman Crain Golden. Sherry married Lawrence F. Ebarb, and they had three children Michael, Kevin, and Allen Ebarb. Sherry and Lawrence raised their children with love and devotion in Zwolle. As a Certified Nursing Assistant, Sherry was known for the love and compassion she showed all residents. Sherry was proud of her children, grandchildren, great-grandchildren, and family. Sherry's love for her family and music often came together on her sister, Lottie Ott's front porch. Sherry spent many very happy Friday nights visiting and listening to the music she loved. Sherry is survived by her sons, grandchildren, and many great-grandchildren. Her son, Allen, and wife Mary's children include Nicole "Nic", Jacob "Brandy", Mathew, Jay, Toni, William, Ally, and Mark. Her son, Kevin, and wife Jennifer's children include Madia "Devin", Lane "Ali'x", and Logan. She is also survived by her great-grandchildren and many nieces and nephews. Sherry was preceded in death by her husband, Lawrence F. Ebarb, and son, Michael Ebarb. Sherry was the youngest of a very large and proud family. She was the last to pass and was preceded by her brothers and sisters, Leroy Farmer, Billy Sepulvado, Lottie Ott, Claudine Jacobs, Willie Golden, Fred Golden, Jim L Golden, and Ruthie Myers; and beloved best friend and niece, Sue Ott Mayes. Sherry had love for her MANY nieces and nephews and was very well known. Prior to her death, she enjoyed the many visits paid to her. We appreciate the honor provided by her pallbearers, Eric Parrie, Rodney Golden, Damien Brimer, Rambo Procell, Aaron George, Logan Smith, Jay Warner, and Ricky \"K-Wall\" Sepulvado; along with honorary pallbearers, Jimmy Lyn Golden, Gene Dean, Pat Vines, Clay Ebarb, and Jeff Mahaffey. A visitation will be held from 4:00 p.m. until 9:00 p.m. on Friday, January 14, 2022, located at Rose-Neath Funeral Home Many Chapel. Funeral services honoring Sherry will be held at 11:00 a.m. on Saturday, January 15, 2022, at the chapel. Interment will be held at St. Joseph's Catholic Cemetery in Zwolle, Louisiana.
To order memorial trees or send flowers to the family in memory of Sherry Louise Ebarb, please visit our flower store.
Send a Sympathy Card