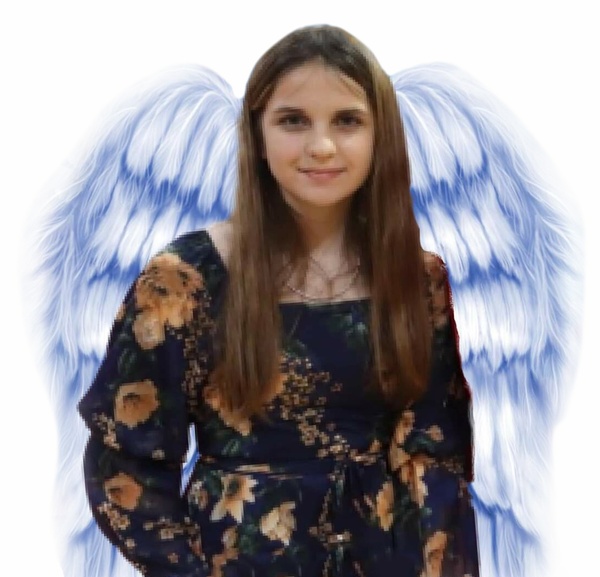 On May 7, 2022, an angel gained her wings. Saylor Annalyn Gatti, age 11, of Zwolle, Louisiana entered into her Heavenly home to be with her Lord and Savior. A visitation will be held from 5:00 p.m. until 9:00 p.m. with a Rosary to begin at 6:00 p.m. on Thursday, May 12, 2022, at Rose-Neath Funeral Home Many Chapel. Funeral services honoring the life of Saylor will be held at 10:00 a.m. on Friday, May 13, 2022, at St. Joseph Catholic Church in Zwolle, Louisiana. Officiating the service will be Fr. Keith Garvin. Interment will be held at St. Ann\'s Catholic Cemetery in Noble, Louisiana. Saylor was born on October 4, 2010, in Natchitoches, Louisiana to Richard Thomas Gatti and Amanda Lynnette Ebarb Gatti. Preceding Saylor are her grandparents, Gary Ebarb and Virginia Gatti. Left behind to cherish her memory are her parents, Richard and Amanda Gatti of Ebarb, LA; brothers, Kaleb and Kruze Gatti of Ebarb, LA; grandparents, Annette Ebarb and Dennis Rutherford of Ebarb, LA, and Thomas Gatti of Negreet, LA; aunts and uncles, Carolyn and Blake Nichols of New Orleans, LA, Chris and Jessica Gatti of Negreet, LA, Ashley and Mike Gibbs of Hemphill, TX, and Dewayne and Kim Ebarb of Ebarb, LA; Godparents, Dewayne Ebarb and Carolyn Gatti; cousins, Alexis, Aleyah, and Andrew Gatti, Colin Nichols, Addie and Madison Ebarb, Derrick Darden, and Talen and Harbor Gibbs; along with a host of friends. Honoring Saylor as pallbearers will be Dale Spurlock, Josh Lewis, Gage Liles, Steven Oubre, Joey Golden, and Colin Sepulvado. Serving as honorary pallbearers will be Ebarb School 5th and 6th Grade Class. Saylor was a caring, loving, and beautiful person inside and out. She was a bright light and lit up every room. Her interests included animals, music, and traveling. Saylor was active in cheer, basketball, volleyball, and was an honor roll student and a member of 4-H. She enjoyed spending time with her family and friends most of all. Saylor Annalyn Gatti will be in our hearts forever.
To order memorial trees or send flowers to the family in memory of Saylor Annalyn Gatti, please visit our flower store.