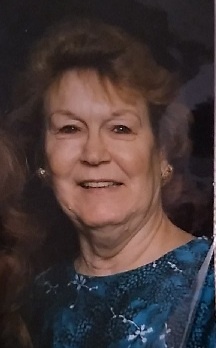 Mrs. Sandra Louise Burr Fourd Burr, age 76, was born June 14, 1946, in Converse, LA, to William and Earline Post Burr. She entered into rest on Tuesday, June 14, 2022, in Homer, LA.  Mrs. Sandra was a courageous and resourceful woman who lived life with all her heart. During her life she raised four children, graduated from beauty school and worked as a beautician, worked in the oilfield industry on a rig, worked on a tugboat, worked as a prison guard, and eventually as a caregiver for others. There were no limits as to what Mrs. Sandra was capable of or accomplished.  She was a devoted daughter, sister, aunt, wife, mother, grandmother, and great-grandmother.

She is survived by her two daughters, Sherri Perot and husband James and Lisa Franklin, all of Homer; numerous grandchildren; many great-grandchildren; along with several nieces, nephews, other relatives and friends.

A memorial service location and time to honor the life of Mrs. Sandra will be in the near future.

To order memorial trees or send flowers to the family in memory of Sandra Louise Burr, please visit our flower store.