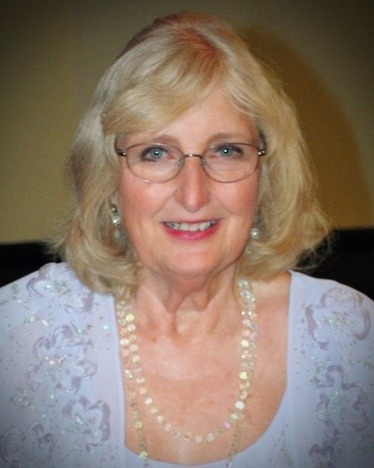 A Celebration of Life gathering for Sally Elizabeth Stark, 84, will be from 3:00 p.m. until 5:00 p.m. on Saturday, November 19, 2022, at Rose-Neath Funeral Home’s Bossier Chapel, 2201 Airline Drive, Bossier City, Louisiana. The gathering will be an informal come-and-go visitation. Family, friends, and caregivers are welcome to attend. Interment will be at Arlington National Cemetery, Arlington, Virginia.

Sally was a devoted Air Force wife to her husband, Charles Henry Stark (married June 14, 1962), and moved with him from Bermuda to Washington D.C., then Illinois, Nebraska, Missouri, and finally Louisiana. In addition to being a homemaker, she worked administrative jobs in construction, industry, real estate, travel, and insurance. She was a past member of the British Wives Club and the Officers’ Wives Club at Barksdale Air Force Base, where she was also a long-time member of the Base Chapel Handbell Choir. Later in life, she and Charles joined the Krewe of Centaur and a bowling league on base. She and Charles were avid travelers and flew twice a year to Paradise Village in Nueva Vallarta, Mexico, where the couple made many friends.

The family would like to thank the staff of Pilgrim Manor Nursing Home and Intensive Specialty Hospital for their loving care.

To order memorial trees or send flowers to the family in memory of Sally Elizabeth Stark, please visit our flower store.