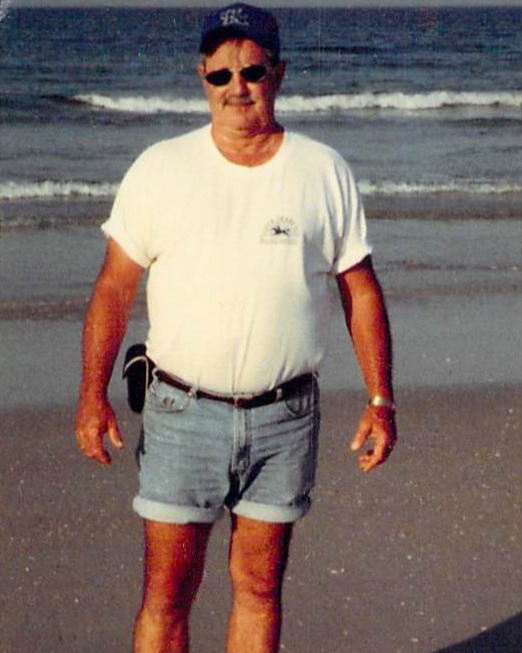 A graveside service for Ronnie Tilford Roe will be held at 10:00 a.m. on Wednesday, November 2, 2022 at Northwest Louisiana Veterans Cemetery in Keithville, Louisiana with full military honors. A visitation will be held from 5:00 p.m. to 7:00 p.m. on Tuesday, November 1, 2022 at Rose-Neath Funeral Home, 2500 Southside Dr., Shreveport, Louisiana.

Ronnie was born December 1, 1943, in Paris, Kentucky. He was greeted by his Mom and 2-year old sister while his father was serving in WWII (his father had been home on leave 9 months earlier).

After his Daddy returned, the family moved onto a tobacco farm where Ronnie and his Daddy worked together until Ronnie joined the Air Force, after graduating from high school in 1961.

As an Airman 2nd class serving in the Philippines, Ronnie had top secret clearance which makes everyone that knew him later laugh because he could not keep a secret.

The time is here (deer season) when he, his 2 sons and grandchildren spent time together at the camp. Ronnie always referred to this weekend as “magical”. We know that Ronnie would hope for the magic to continue as his family searches for the elusive 12-point buck.

His 30-year career with BellSouth was full of stories, pranks and a little work. It was also the place where he met his loving wife. He excelled at retirement and filled his life with friends, fun, and to-do lists, beginning each morning with the coffee shop gang - educational conversation, politics and gossip. You knew you were special if you received a text from

Ronnie is preceded in death by his parents, Clyde and Dorothy Roe; his sister, Betty Estes; his mother-in-law, Wilma Henry, his brother-in-law, Jim Francisco and many good friends and work buddies.

Ronnie departed this life on Thursday, October 27, 2022. We will miss him terribly but are assured that as a born-again Christian, Ronnie now rests in Paradise.

To order memorial trees or send flowers to the family in memory of Ronnie Tilford Roe, please visit our flower store.