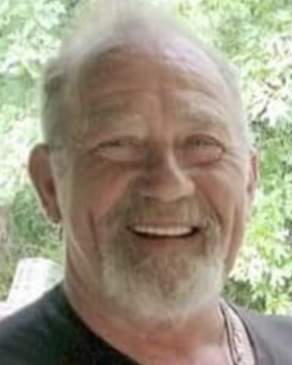 Ronald Charles Poland, 65, of Greenwood LA, peacefully passed away on September 22, 2022 with loved ones by his side.

Ron was born July 2nd, 1957 at the Barksdale Airforce Base in Bossier City, LA to parents Bobby and Thelma Poland. He grew up with three brothers, Darrell, Sam, and David, all of whom will miss his brotherly love and kindness. After graduating in 1975 from Balboa High School in the Republic of Panama, he joined the United States Air Force. It was there that he learned his superior HVAC skills that he used in his career until his retirement in 2019.

Shortly after graduation, Ron married his high school sweetheart, the late Frances Armendariz. They went on to have two children, Teresa of Glendale AZ and Ronald Jr. of Scottsdale AZ. In 1985 he said “I do” to his second wife, Tracey Johnson, with whom they had three children; Jennie of Freetown MA, Adam of Greenwood LA, and Jessica of Attleboro MA.

In 2012 he drove 1,613 miles home to Louisiana to be closer to his parents. He was a devoted son to Thelma and Bobby, always ready to help. It was Ron who, for many years, kept the animal feed bowls full and their trash empty. To say his parents will miss him would be an understatement.

In his retirement years, Ron enjoyed many weekends fishing and deer hunting in the great outdoors. But most mornings he could be found drinking iced coffee and watching The Price is Right before starting his day.

Not enough people were lucky enough to see the softer side of Ron. He kept a small collection of poems and drawings that he had written over his life, along with a great deal of school-age artwork by his children. Those special gifts along with many other photographs and mementos from his life will be cherished always by his sons and daughters.

Ron possessed the rare combination of tenacity and conscientiousness. This was always reflected in his home, neat and purposeful. At all times, he kept an ongoing list and a little black comb in his pocket. He was always ready to listen and gave sound advice whenever you needed it. Ron valued fairness and wasn’t the type of person that would take advantage. His daughter recalls times when he worked for GEM Plumbing and Heating, he often guided people to fix their systems over the phone. He didn’t believe in charging people an arm and a leg for a simple fix.

Ron will especially be remembered for his escapades with sling shots and BB guns; squirrel stew; his legendary jerky recipe and love of orange soda; and his antics at The Lincoln and brazen spirit that earned him the nickname “RonDog”.

The family would like to thank the VA Hospital of Shreveport and the ER, ICU, and CCU teams at the Willis Knighton Medical Center for their compassionate care during his stay. Also, to all his extended family and friends who called, prayed, and spent time with him prior to his passing and made him feel very loved.

Ronald will be laid to rest at the North West Louisiana Veterans Cemetery. A celebration of life service will be held with family at a later date. In lieu of flowers, please consider donating to the Association of Zoos and Aquariums.

Loving you, Daddy, from all your Babies.

TODAY
This is the beginning of a new day.
God has given me this day to use as I will.
I can waste it... or use it for good.
But what I do today is important
because I am exchanging a day of my life for it.
When tomorrow comes,
this day will be gone forever
leaving in its place something that I have traded for it.
I want it to be gain and not loss,
good and not evil,
success and not failure,
in order that I shall not regret
the price that I have paid for it.
KRISTONE

To order memorial trees or send flowers to the family in memory of Ronald Charles Poland, please visit our flower store.