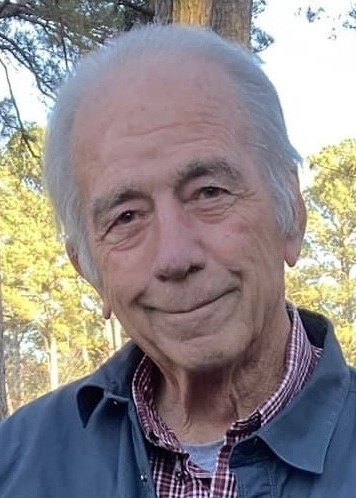 Ronald was born on December 15, 1941, in Alexandria, LA before settling in Zwolle, LA with his parents. When he was not hunting and fishing, Ronald could be found on the basketball court. The former “Zwolle High School’s most handsome student” fell for Kay after meeting her at a portable skating rink in her hometown of Pleasant Hill, LA. Though Ronald was not much of a skater, he still managed to charm Kay enough to convince her to marry him on October 21, 1960, before moving to Baton Rouge, where he earned a degree in agriculture from Louisiana State University. After graduation, Ronald worked for Mobil Chemical and Swift & Co. for years before starting his own company in Northwest Louisiana.

For decades, Ronald provided chemicals for farmers all over the Ark-La-Tex region. As his family can attest, Ronald was one of the hardest-working men a person could ever meet. If Ronald was not working at the company, he was working around his house or in his garden. He balanced his work with his life which was filled with near-constant opportunities to enjoy his grandchildren. People that knew Ronald best describe him as a kind and generous man who loved his family dearly. He will be terribly missed, yet his family does not grieve as those without hope. Ronald possessed hope beyond this life because his hope was in Christ.

The funeral service for Ronald will be held at 3:00 p.m. on Thursday, June 30 at Trinity Baptist Church in south Shreveport (5895 Bert Kouns Industrial Loop, Shreveport, LA, 71129).  A visitation will be held at Trinity Baptist  Church on Wednesday, June 29, 2022 from 5:00 p.m. to 8:00 p.m. The interment will follow immediately after the funeral service at Centuries Memorial.

In lieu of flowers, memorials can be sent to Trinity Baptist Church.

To order memorial trees or send flowers to the family in memory of Ronald Gregory Hough, please visit our flower store.