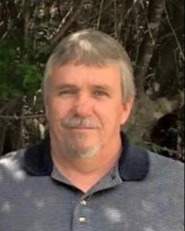 Funeral services will be held for Roger Evans Farrar, age 60, at Weldon Baptist Church in Bernice, LA, on Sunday, September 11, 2022, at 3:00 p.m. with Rev. Michael Brandon, officiating. Interment will be in Bernice, LA, at Weldon Cemetery. Visitation will be at the church on Sunday, from 2-3 p.m.

Roger was born December 28, 1961, in Homer, LA, to Lee Odis and Melba Rea Farrar. He entered into rest on Thursday, September 8, 2022, in Shreveport, LA.  Roger attended school at Bernice High School and graduated in 1979. He was the assistant manager at Piggy Wiggly in Bernice while in high school. Roger also worked at Brookshires in Homer, LA. He then worked at LudLow/Berry Plastics and eventually retired in 2011. Roger was an lifetime member of A.B.A.T.E. and served as the treasure of the North Central Chapter in Ruston until 2020. He was an avid outdoors man who enjoyed camping, fishing, hunting, and four wheeling. Roger loved operating all his heavy equipment and took any and every opportunity to play on them. He was an avid motorcycle rider who took to the road for wind therapy. Roger never met a stranger and he loved to talk and socialize.

Roger was preceded death by his parents.

In lieu of flowers honoring Roger, his family suggests memorials be made to Weldon Cemetery.

To order memorial trees or send flowers to the family in memory of Roger Evans Farrar, please visit our flower store.