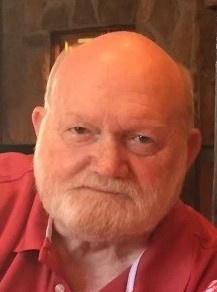 A graveside service for Robert Olene Hays, 79, will be held on Thursday, June 2, 2022 at 10:00 a.m. at Forest Park West Cemetery, 4000 Meriwether Rd., Shreveport, Louisiana. Officiating the service will be Brother Randy Johnson. Robert was a resident of Keithville, Louisiana. For 58 years he was married to his best friend, Joyce Hays. Now he rests with her. He was an amazing husband, father, brother, pappy and friend. Robert, or as most knew him, Bob, spent his high school years playing football and running track and field. Once graduated, he went on to serve his country as a Senior Airman in the United States Air Force for four years. Bob then worked as a security guard at Schumpert Hospital, where he retired. Many knew him from running Bob's Army Navy Surplus. He enjoyed his days spent there, people he met and the conversations he had. A large portion of Bob's life was spent at church. He always looked forward to Sunday mornings with his wife and their friends, Dorothy and Richard, all of which are welcoming him at heaven's gates. Bob lived a life of joy and fulfillment and now he gets to rest with his wife and youngest son whom he has dearly missed. He is survived by his oldest son and best friend, Rusty Hays. He is so loved and will be missed more than words can describe.
To order memorial trees or send flowers to the family in memory of Robert Olene Hays, please visit our flower store.