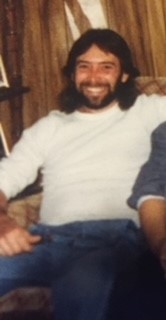 Robert Bruce Nelson, Jr. (R.B.) (Bobby), 59 of Lynwood, WA passed away on January 24, 2022, in Everett, WA at the Providence Regional Medical Center due to multiple health issues. Graveside services will be held on Thursday, February 10, 2022, at 2:00 p.m. at the Old Union Cemetery in Catuna, LA with Bro. Jimmy Price officiating. Robert was born on April 26, 1962, and was a former resident of the Benson Community where he grew up. Robert loved to play the guitar, draw, and write poetry; all self-taught. Robert was also in the Army where he received an honorable discharge. His employment over the years carried him down a variety of paths with the last being a handyman. Proceeding Robert in death are his parents, Robert Bruce Nelson, Sr. and Bobbie Jean Hughes Stephens, and a niece Baby Girl Nelson. Left to cherish his memory include his wife, Rebecca (Becky) Nelson of Statesville, N.C.; his son, Robert Bruce Nelson, III, and wife Athena of Staton, KY; his sisters, Loretta Gaye Nelson of Zwolle, Debra Kaye Touchton, and husband, Arthur of Converse; brother, Benjamin (Ben) Earl Nelson and wife, Regina (Gina) of Benson; six nieces and nephews, and seven great-nieces and nephews.
To order memorial trees or send flowers to the family in memory of Robert Bruce Nelson, Jr., please visit our flower store.
Send a Sympathy Card