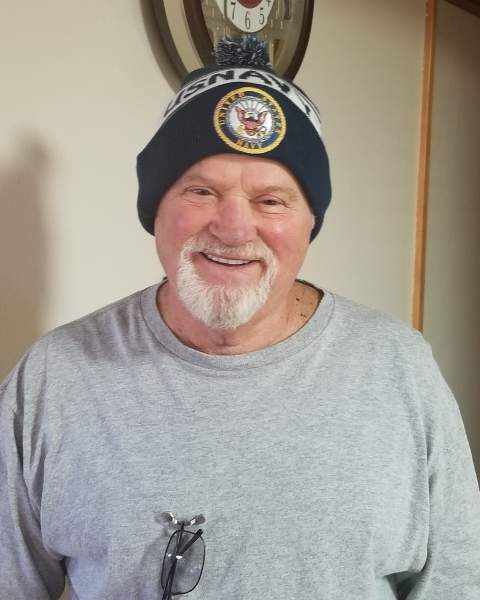 Robert Joseph Jenkins was born to the late EC and Rhea Jenkins, a truck driver and surgical nurse/infection control manager in Everett, MA on August 5, 1947.  He was active in his home church, First Baptist Church of Blanchard, and was a member of the Men’s Sunday School class led by William “Pete” King.  Robert proudly served in the Navy as a Boatswain’s Mate during the Vietnam War.  He later worked as an electrician, electrical inspector for the city of Shreveport, and served in the US Air Force reserve as a Master Sergeant as a part of the Red Horse 307 Unit.  He was an avid hunter and fisherman who loved to catfish on Cross lake with friends and family.

Robert was blessed with a large and loving family.  He married his best friend and soul mate, Connie Presley Jenkins on June 15, 1991, in Blanchard, LA.  Robert raised four children and lived his life with humility and laughter.

Robert never met a stranger and was known to be a loving and cheerful person.  He always had time for those who needed him no matter when or where.  He will be greatly missed by all including his school and military friends.

Robert joined our Lord and Savior in heaven on the night of Tuesday, September 13, 2022.  Robert is survived by his wife, Connie Jenkins; his son, Jason Jenkins and wife, Blanca; his daughter, Shelley Wells and husband, Kelly; his daughter, Mindy Viteri and partner, Michael “Chad” Moore; grandchildren, Brentton and Pierson Jenkins, Hayden and Kinley Wells, Alejandro and Caroline Viteri and Katherine Allen and husband, Caleb; great-grandson, Josh Allen and mother of Jason and Shelley, Anita Jenkins.  He is preceded in death by his son, Daniel “Danny” Carter; his brother, Ran Jenkins, and his parents.

A funeral service is scheduled for 10:00 a.m. on Friday, September 16, 2022, at First Baptist Church of Blanchard preceded by visitation at the church from 9:00 a.m. to 10:00 a.m.  Burial will follow at Northwest Louisiana Veterans Cemetery at 7970 Mike Clark Rd.  Keithville, LA. 71047. Kevin Young and Pastor Clay Fuqua will officiate services.  Guests are encouraged to wear CAMO to celebrate Dad’s favorite time of the year and look.  Veterans are encouraged also to wear their symbolic caps honoring their service in the military.

Flowers, donations, and condolences may be offered through the church or memorials may be made in lieu of flowers to the Everywarrior.org project in Robert’s name.

To order memorial trees or send flowers to the family in memory of Robert Joseph Jenkins, please visit our flower store.