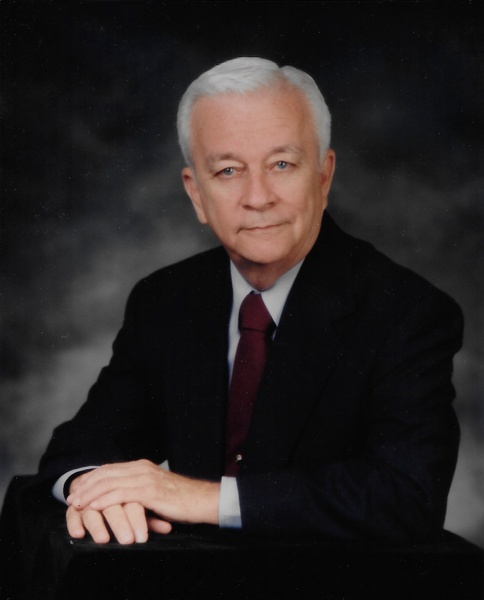 Funeral Services honoring the life of Robert "Bob" DeWayne Fenner will be held at 1:00 p.m., Thursday, April 14, 2022, at Rose-Neath Funeral Home, 2500 Southside Drive, Shreveport, Louisiana. Officiating the service will be Dr. Carl Rhoads, associate pastor of First United Methodist Church Shreveport. A visitation will be held prior to the service beginning at 12:00 p.m. until 1:00 p.m. at the funeral home. Burial will be held at 3:00 p.m. at Chapelwood Memorial Gardens in Vivian, Louisiana for family members only.

Bob was born on February 18, 1930, to Hubert D. Fenner and Ruth Moon Fenner in El Dorado, Arkansas. He passed away on Saturday, April 9, 2022, in Shreveport, Louisiana.

Bob was a 1953 graduate of Louisiana Tech University with a Bachelor of Science in Civil Engineering, and a 1957 graduate of Louisiana State University with a Master of Science Degree in Civil Engineering. He also served in the United States Army from 1953-1955. Bob was a Registered Civil Engineer, and he was a founding partner in the engineering firm Aillet, Fenner, Jolly and McClelland, Inc. During his career, he was a member of the American Society of Engineers, the National Society of Professional Engineers, the Louisiana Engineering Society, and the American Concrete Institute. Bob was a long-time member of First United Methodist Church in Shreveport, Louisiana. Bob was an exceptional athlete. He played football, basketball, and boxed while attending LaGrange High School in Lake Charles, Louisiana. He was a quarterback on the Louisiana Tech football team in college. Bob's love of football carried over to his adult life, where he later officiated in the Southeastern Conference. He was a die-hard Dallas Cowboys fan.

Bob came from a large family and raised a large family of his own. He loved family gatherings and put family first throughout his life. He was preceded in death by his parents; first wife, Marilyn Norman Fenner; his brother, Jack Fenner; his sisters, Betty Fenner Taylor and Patsy Fenner Day; and his son, James Shaver.

Serving as honorary pallbearers will be his grandsons and great-grandsons. In lieu of flowers the family suggests memorials may be made to the Louisiana United Methodist Children's Home, 904 DeVille Lane, Ruston, LA 71270.

Bob Fenner was smart, fun-loving, kind, and generous. He was a calm voice of reason amidst the chaos of life, and he will be missed but cherished by those who knew and loved him.

To order memorial trees or send flowers to the family in memory of Robert Fenner, please visit our flower store.