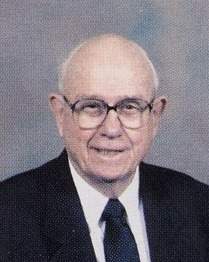 Funeral services for Robert Earl Carter, 104, will be held on Wednesday, September 14, 2022 at 10:00 a.m. at Rose-Neath Funeral Home, 2500 Southside Dr., Shreveport, Louisiana. Burial will follow at 3:00 p.m. at Forest Lawn Memorial Park, 4000 Monroe Highway in Pineville, Louisiana. A visitation will be held Wednesday, September 14, 2022 from 9:00 a.m. until service time at the funeral home. Officiating the service will be Rev. Mark Bray and Rev. Willis Dear of Christ United Methodist Church.

Robert was born July 12, 1918 in Carson, Louisiana to Henry Harley Carter and Minnie Horn Carter. In early childhood his family, consisting of  his parents, an older sister, Inez and younger sister, Mary Alice, moved to  Morton, Mississippi where he later joined the Methodist Church where his family attended, when he was 12 years old. His family moved to a smaller town called Crossroads, where he went to high school.

At age 17 when his family attended Camp Meeting in Shiloh, Mississippi in August he “walked down the sawdust trail” to commit his life to the ministry. Then he went back to school to finish his senior year.  But it was during the depression era and there was no money for college so he worked for the Civilian Conservation Corps.

When that job ended, he went back to Morton, found a job and at the age of 19 he married Winifred Pace and the family began to grow. They moved to Louisiana and found work as a carpenter and began to participate in a local Methodist Church where he frequently led prayer meeting and was soon recommended to become a local pastor at a small church called Lewis Chapel in Winn Parish.  His first Sunday was January 17, 1943.

Since then he has pastored several churches, including Haughton, Wynn Memorial, Cotton Valley, Calhoun, Summer Grove, and Coushatta. He was able to attend Louisiana College, and Centenary College and later took “Course of Study” classes at Southern Methodist University where he finally qualified for Elders Orders and later full connection membership in the Louisiana Conference of The Methodist Church. He retired in 1984, but continued to pastor in retirement at Ida, Rodessa, and associate at Vivian until he had to devote most of his time to caring for his wife, Winnifred, in her final years. About a year later he went to visit some old friends, Al and Margie Francis, but found that Al had passed and Margie was left alone. Within a year, he and Margie married. They celebrated 12 years together before she passed away in 2020.

To order memorial trees or send flowers to the family in memory of Robert Earl Carter, please visit our flower store.