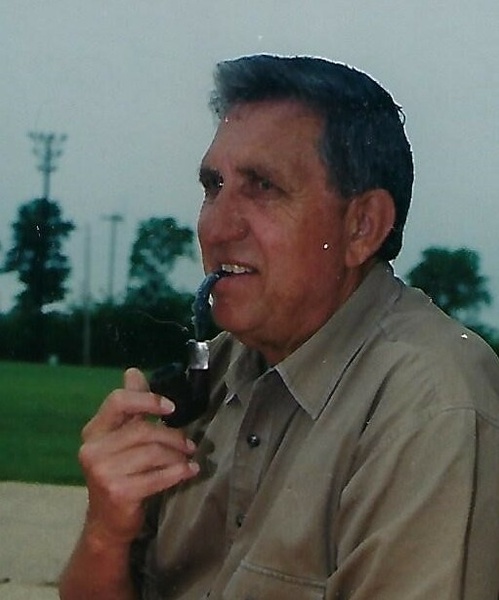 Bob joined the United States Air Force after Lamar High School in Clarksville, Arkansas.  He was stationed in Bossier City, where he met the love of his life and wife of 66 years, Betty McKenzie Carter.

Bob enjoyed working for 30 years at Delta Airlines in Shreveport before retiring in 1986.  Shortly after, he was asked to start a second career and worked with Bossier Parks and Recreation youth programs for another 30 years before retiring to take care of his family.

Bob spent his adult life involved in sports of all kinds. He coached and refereed hundreds of children and adults to many memorable moments. He always seemed to remember details about everyone he had met there during the last 50 years.

His hobbies transitioned through the years.  His love of sports led him to compete in basketball, softball, and fishing until his 40s.  With his natural coordination, he had many seminal moments that his family was able to witness. While in the Service, he played against barnstorming teams of All Americans and Professionals during the ‘50s.  He then decided to compete in a national casting championship with his homemade fishing rods during the ‘70s.  He managed to win and beat the national champion two straight years during the ‘70s.  He turned down a job offers to travel and put on casting exhibitions after a few wins because he would have been required to be away from his family. He fell in love with the game of golf in his 50s and made thousands of memories with friends. He continued playing competitive golf with his friends at Oakland Plantation Country Club until he passed.

Bob was a loving and dedicated husband and father. He is preceded in death by his mother, Ruby Carter Tyner; father, John Carter; brother, Delbert Carter; and sister, Wanda Payne. Bob is survived by his wife of 66 years, Betty McKenzie Carter; his two children, son, John Carter and daughter, Robin Carter; his grandson, Joshua Carter, and his mother, Dawn M. Carter; and his sister Janice Hard and husband, William.

The family would like to give a special thank you to the Southern Hospice specialist, specifically mentioning Tammy, Katie, Shelia, and Connie for the incredible passion they provided during our times of need.  A special thank you to Christine James and Fredrick Brooks for everything you have done to keep him comfortable and smiling.  We also want to thank the doctors that provided care for our father, Dr. Cox, Dr. Rimmer, Dr. Peddi, Russ Robinson, and John White.

In lieu of flowers the family suggests that memorials may be made to Alzheimer’s Association http://www.alz.org/.

To order memorial trees or send flowers to the family in memory of Robert "Bob" Earl Carter, please visit our flower store.