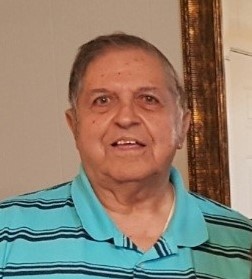 A funeral service honoring the life of Mr. Robert Ellis Asseff, 87, will be held at 11:00 a.m. Friday, January 28, 2022, at Rose-Neath Chapel in Mansfield, Louisiana with Reverend Margaret Ayers officiating. Burial will follow at Highland Cemetery in Mansfield, Louisiana. Visitation will be held at 9:30 a.m. Friday, January 28, 2022, until the time of service. Robert passed away on Sunday, January 23, 2022, in Shreveport, Louisiana He was born in Mansfield, Louisiana on March 8, 1934, to Waddie and Helen Elias Asseff. He graduated from Mansfield High School in 1952. Robert served in the United States Army. He then attended Louisiana State University in Baton Rouge, Louisiana, where he graduated in 1959 with a degree in Forestry Management. After graduating college, he went to work at International Paper and then retired in 1996. Robert was preceded in death by his mother and father, his brother, George Asseff, and his sister, Mary Martien. He is survived by one sister, Barbara Creamer, and her husband, Aaron, and three brothers, Sam, Walter, and John Asseff, and a host of nieces, nephews, and other relatives. Honoring Robert as pallbearers will be Jay Sheffield, James Sheffield, Justin Sheffield, Glen Wofford, Jr., Tim Wofford, and Mark Yawn. In lieu of flowers, memorials can be made to Christ Memorial Episcopal Church, 401 Washington Avenue, Mansfield, Louisiana 71052.
To order memorial trees or send flowers to the family in memory of Robert Ellis Asseff, please visit our flower store.
Send a Sympathy Card