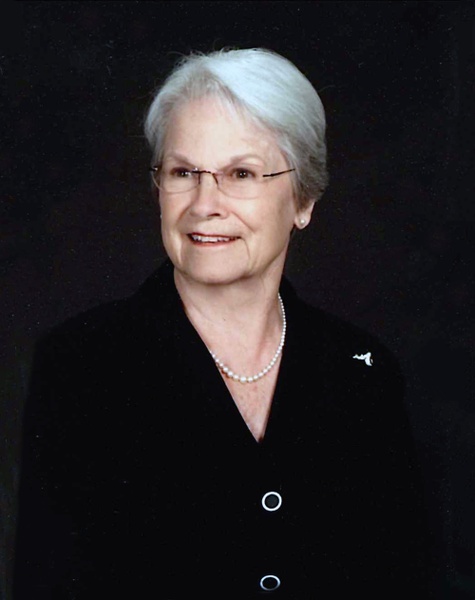 Robbie Strickland Parker Peterson, of Shreveport, Louisiana, passed away at The Oaks of Louisiana on Wednesday, December 29, 2021, after a week full of love and being surrounded by her family. She fought a valiant battle with a rare and cruel neurological disease, Progressive Supranuclear Palsy.

Due to COVID exposure to a large number of extended family, the family has had to make the difficult decision to move to a private family graveside. Officiating the service will be Reverend Betsy Eaves of Grace Community United Methodist Church.

Robbie was born May 2, 1932, in Florien, Louisiana, and was raised on a country farm that was filled with love of family and Jesus and 12 siblings. She left her Sabine Parish home at age 18 to attend business school in Shreveport. She soon took a temporary, 90-day job at Barksdale Air Force Base which blossomed into a fruitful 36-year-long career in the Contracting Department. Robbie attained the highest civilian position possible in her department, and when she retired in 1987, the mayor of Bossier City honored her achievements by instituting an official Robbie Parker Day.

Known for being a no-nonsense businesswoman, Robbie had an incredibly high work ethic and was driven to positively impact the lives of those around her. She was a compassionate caregiver, a wonderful gardener, and a stickler for doing things to the best of her ability. A wonderful hostess, Robbie's festive table often welcomed young airmen from the base who had nowhere to go for the holidays. She was a faithful member and servant of Noel Memorial United Methodist Church for 27 years, where she took on many leadership roles. She and her family felt called by God to help begin a new Methodist Church in 1992. She played an integral role in the founding of Grace Community Methodist Church along with her daughters, sons-in-law, and grandchildren. Robbie was very involved in Louisiana Methodist Cursillo, a three-day spiritual renewal retreat. She served on staff many times until her late 70's and served as rector leading the way.

Robbie was appointed to the Metropolitan Planning Commission, MPC, under Mayor Hazel Beard, who knew Robbie's gifts would serve her city well. She served with every part of her being to so many but her love and care for her children, grandchildren and great-grandchildren were her greatest gift to her family.

She is preceded in death by her beloved husband of 42 years, Charles Parker; her husband of 11 years, Reverend Bob Peterson; her parents, John Azah and Lenora Elizabeth Strickland; and 10 siblings.

To order memorial trees or send flowers to the family in memory of Robbie Strickland Peterson, please visit our flower store.
Send a Sympathy Card