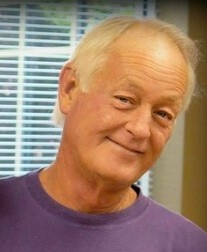 Ricky Joseph Spears, resident of Shreveport, Louisiana for forty-eight years, passed away on Sunday, July 17, 2022 at Willis-Knighton Hospital following a courageous five-year battle with cancer. He was born in Nederland, Texas to Joseph Leonard and Marie Blanche Spears. He attended Nederland High School where he was an outstanding football player and pitcher on the high school baseball team. His family moved to Jena, Louisiana during his high school years, and he graduated from Jena High School. After high school, Ricky attended University of Louisiana in Monroe, Louisiana and was a member of the ULM football team. After college, Ricky joined the Louisiana National Guard where he served his country for eight years.

Ricky met his wife, Deborah Thomas Spears, at ULM in 1973, and they were married in 1975. They remained married until he took his last breath on July 17, 2022 with her and his son and daughter- in-law standing by his side.

Mr. Spears is survived by his son, who was the pride and joy of his life, Chad Brandon Spears and wife, Kelly Kinnard Spears. Also, three grandsons whom he adored and always brought the most loving smile to his face, Austin DeFatta, Jaxyn Spears, and Jayce Spears.

Ricky is preceded in death by his mother and father, and only sibling, Randy Spears.

Ricky professed his Christian faith as a young boy, and he was a member of Brookwood Baptist Church. He spent his professional life in the glass construction business in Shreveport.

Ricky loved any type of sports, but his obvious favorites were watching the Dallas Cowboys football games and yelling loudly at the referees and the New York Yankees baseball team. If you knew Rick, you knew his passion for coaching and playing the game of baseball. His depth of knowledge of baseball was far beyond any other. His love for teaching, sharing, and instilling the passion and playing of the game was remarkable. He coached, mentored, and loved deeply so many boys to start them on their path to success including his three grandsons. His smile when the boys achieved a task was like no other. The boys knew he was tough when it came to work ethic, but he was the first one to applaud and cheer them on when they achieved their goals and tasks at hand. The best days were watching him and his son coaching together side by side.

Rick loved hard and deeply. His son, Chad, was his whole reason for living, and their bond was like no other. His love for his wife and all of his family was so evident. His willingness to help others and his kind heart was immeasurable. He was loved by everyone who came in contact with him at any level. His smile would light up the darkest room. “The measure of a man is not how he lived, but how he loved.” And he did love, deeply and without fail.

Mr. Spears will be celebrated and remembered on Tuesday, July 19, 2022 with visitation at Rose-Neath Funeral Home, 2500 Southside Dr., Shreveport, Louisiana from 6:00 p.m. until 8:00 p.m. Funeral services will be held at Rose-Neath Funeral Home at 1:00 p.m. on Wednesday, July 20, 2022 with interment to follow at Centuries Memorial Garden, 8801 Mansfield Rd., Shreveport, Louisiana.

To order memorial trees or send flowers to the family in memory of Ricky Joseph Spears, please visit our flower store.