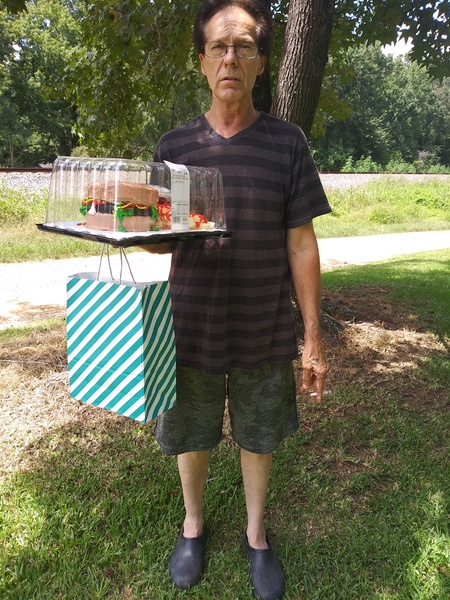 A Memorial service for Ricky Gauthier of Hessmer will be held at 11am on Saturday April 30, 2022 at Kilpatrick's Rose-Neath Chapel in Marksville. Burial will follow at St Martin of Tours Cemetery in Hessmer. Ricky Gauthier, age 61, passed away on Thursday, April 21, 2022 at his home in Hessmer. Those left to cherish his memory are his sisters, Shirley (Donald) Dauzat of Hessmer and Debra Wilkes of Echo; his friend, Albert "Joe" Nellams of Hessmer; nephews: Michael Guillot of Echo, Richard Guillot of Hessmer, Jeffrey Hullett of Hessmer, and Raymond Broussard of Echo; nieces: Christy (Dwaine) Dauzat of Mansura and Santanna Hullett of Hessmer. He was preceded in death by his parents, Earlin & Judy Armand Gauthier; paternal grandparents, Madel & Dora Gauthier; and his maternal grandparents, Alfred & Beatrice Armand. A visitation will begin at 10am until the time of the service on Saturday April 30, 2022 at Kilpatrick's Rose-Neath Chapel in Marksville. Kilpatrick's Rose-Neath Funeral of Marksville have been entrusted with funeral arrangements.

To order memorial trees or send flowers to the family in memory of Ricky Gauthier, please visit our flower store.