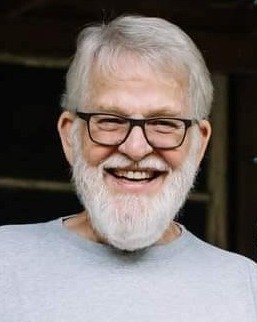 He is preceded in death by his parents, J.D. and Marjorie Broussard, his brother, Donald Broussard, and sister Sharon Gonzales.

To know Rick was to know and love his heart—nature, life, and gratitude for simplicity. Three of his greatest missions were rescuing his wife of forty-three years, rescuing his many animals, and rescuing the forty-acre wooded tract on which he built their earth-covered home. Together, Rick and Chris built a beautiful life that celebrates and cherishes the gifts of earth, nature, and humanity, where Rick’s kind soul shined as bright as his great-big, bearded smile. Rick worked as an engineer for the City of Minden and led innovative efforts that made Minden’s exemplary public water system what it is today. The Minden water-tower is the icon of the city because of Rick’s influence in its early 2000s redesign. Rick was proud to have been a key member of the Environmental Protection Agency’s official Community Dialogue Committee, which led the safe disposal of abandoned explosives that threatened the safety of the community. Rick’s heart of service sought out ways to lead, give, and contribute to those things that would yield a healthier earth and improved life for future generations, and for that we can be grateful to have had Rick on our sides.

Rick preferred no funeral service or visitation, and we will honor his memory in ways that reflect his wishes. In lieu of flowers, we ask that contributions be made in his memory to the charity of your choosing: Columbia County Animal Protection Society (CCAPS, P.O. Box 2003, Magnolia, AR. 71754); Project Celebration, Inc. (580 W. Main St., Many, LA 71449); Save the Redwoods League (111 Sutter Street, 11th Floor, San Francisco, CA 94104); any organization working to secure clean air and water for future generations. The family would like to express appreciation to Dr. Sam Abshire and the staff of Regional Hospice.

To order memorial trees or send flowers to the family in memory of Richard John Broussard, please visit our flower store.