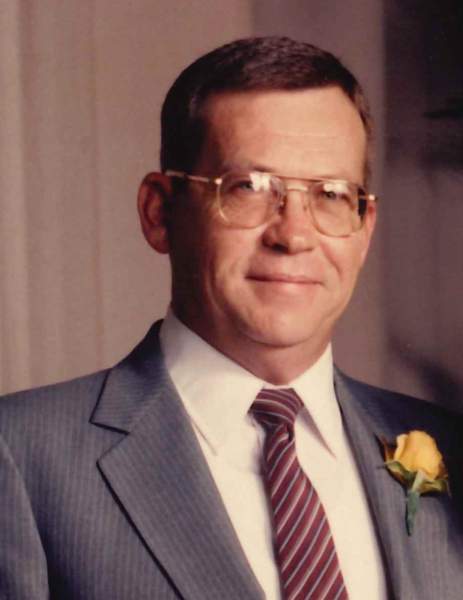 Reginald E. Harris, Jr., 83, passed away peacefully on March 6, 2022 after a lengthy illness. The family will receive friends at Rose-Neath Funeral Home, 2201 Airline Drive Bossier City, Louisiana from 5:00 p.m. until 7:00 p.m. on March 10, 2022. Graveside services will take place 11:00 a.m. Friday, March 11, 2022 at Gardens of Memory Cemetery, 1527 Lewisville Road, Minden, Louisiana. Officiating the service will be Minister Michael Ryan of Trinity Heights Baptist Church. Reg was born to Reginald E. Harris Sr. and Ida Wasson on January 12, 1939 in Shreveport, Louisiana. He was a graduate of C.E. Byrd High School and graduated from Louisiana Tech University with a degree in Geology. He was predeceased by his parents and his honorary parents, Adele and Rodney Finger, his wife of 24 years, Barbara Samuel Harris, and his first wife and the mother of his children, Paulette Boudreaux Harris. His decades long career in the petroleum industry began offshore in South Louisiana with Baroid Drilling and the Shell Corporation. In 1966 he moved his young family back to Shreveport. After a brief time of employment at Western Electric he enjoyed success at Crystal Oil Company, Dailey Oil Tools, Bo Gray Drilling, Arkla Energy Corporation and Brammer Engineering among others. Additionally, his intellect and acumen in the drilling industry motivated him to establish his own company, Reg Harris Consulting, which took him to drilling locations across the south. His achievements in the oil and gas industry were widely respected throughout the Ark La Tex and his steak grilling and barbecue skills on rig sites was legendary. Reg loved hunting with his friends in West Texas and was a lifetime member of the National Rife Association and an avid gun collector. He was a 32nd degree Scottish Rite Freemason and an El Karubah Shriner. The happiest time of his life was raising his family in Belcher, Louisiana where he grew an expansive garden full of vegetables and wildflowers. He was a reserve Caddo Parish Sheriff's Deputy and served as the Belcher Chief of Police. During recent years, he loved hosting poolside barbecues for his family, watching the "cowboy shows" and spending time with his beloved canine companion, Bud Harris. He was a longtime member of Trinity Heights Baptist Church and more recently Cypress Baptist Church. Left to cherish his memory are his children, Amy Harris Lamb and husband, Patrick, Joey R. Harris and wife, Tammie and Angel Harris Pou and husband, Bill; grandchildren, Elizabeth Harris Lamb and Fiancé, Jason Samuel, Mary Patrick Goodyear and husband, Mitchell, Alexander Lamb, Hunter Harris, Logan Harris, Cameron Meredith, Lindsey Blackburn, John Peyton Pou, Rex Pou and wife, Bailey; two extra special great-grandchildren, Mamie Smitherman and Stevie Goodyear; also survived by his half-brother Richard Eddie Harris and a host of special cousins and friends. Honoring Reg as pallbearers will be Mitchell Goodyear, Hunter Harris, Logan Harris, Alexander Lamb, Rex Pou and John Peyton Pou. The family wishes to thank Dr. Attila Ballough, the staffs of Cornerstone Hospital, St. Joseph Hospice and The Carpenter House. A heartfelt thank you and appreciation is extended to Queen Armstrong for her steadfast care and compassion over the last several months. In lieu of flowers the family suggest that memorials may be made to Shriner's Hospital of Shreveport, 3100 Samford Ave, Shreveport, LA 71103 or the charity of your choice.
To order memorial trees or send flowers to the family in memory of Reginald E. Harris, Jr., please visit our flower store.