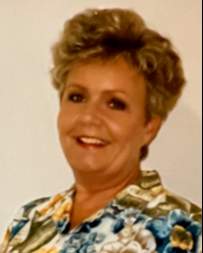 Peggy Humphrey Putman, 77, died on Tuesday, October 3, 2022, at her home in Cotton Valley, Louisiana, with her family by her side.

Peggy graciously served her community as a Beautician as well as by spending over a decade serving meals to the elderly and shut-in residents of Cotton Valley through her dedicated work with Council on Aging. Peggy enjoyed many hobbies including fishing and camping on the Red River with Dale and her brother and sister-in-law… and spoiling her grands and great grands with shopping trips. Most of all, Peggy enjoyed cooking big meals for family that were friends and friends that were family.

Peggy, affectionately known to many as "Nana", will be remembered, not only for her cooking, but also for the hours of story telling that often followed a sit down meal at Nana's house. Many afternoons were spent with her children, grandchildren, extended family and countless friends gathered around at Nana's while she recounted many comical tales from her years of raising children.

The family would like to thank, Kelli Lewis and Hailey Simmons with Regional Hospice for the love and kindness shown to Nana.

To order memorial trees or send flowers to the family in memory of Peggy Humphrey Putman, please visit our flower store.