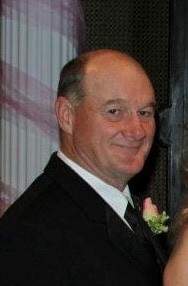 Memorial services for Paul Anthony "Tony" Cassel, 62, of Benton, will be held at 2:00 p.m. on Sunday, March 13, 2022 at Rose-Neath Funeral Home, 2201 Airline Drive in Bossier City. Visitation will be held from 12:00 p.m. until the time of service. Officiating the service will be Pastor Robert Beadle. Tony was born April 16, 1959 in Lewisville, Arkansas to Frank "Sonny" Cassel and Era Nell Gaines Cassel and entered into peaceful eternal rest March 8, 2022 after a brief, sudden illness. Tony moved to Benton with his family in 1969 and was a proud member of the community. He became a commercial truck driver in his younger years and kept a passion for it throughout his life. He also had a lifelong passion for Harley-Davidson motorcycles, fulfilling his dream of attending the Sturgis Motorcycle Rally in 2003. Tony was married to the love of his life, Patricia, for nearly 40 years. Together they owned and operated T&S Tire and Automotive from 1983 until 2001. In 1990, Tony began serving the community of Benton as a volunteer firefighter for Benton Fire District #4. In 2000, he became a full-time career firefighter, proudly and passionately serving until his retirement in 2015 at the rank of Fire Captain. In his retirement, Tony enjoyed his love for fishing, woodworking, playing the guitar, and his most beloved past time, his grandchildren. Tony impacted and touched many people's lives during his time on earth and will be deeply, deeply missed by many. Tony is preceded in death by his father, Frank "Sonny" Cassel. He is survived by his mother, Era Nell Gaines Miller; wife, Patricia; sons James Cassel and wife, Ashley, John Cassel and wife, Katie; stepson Jeremiah Caskey; sister, Tina Cassel Davidson; nieces Kristy Krivjansky and husband, Neal, and Stephanie Grisham Tuft; his adored grandchildren Paxton, Livie James, Kennedy Faith, and baby girl McKenzie Grace on the way; long-time friend and fishing companion John Bowden; a host of nieces and nephews; and his beloved co-workers and family members at Benton Fire District #4. Serving as honorary pallbearers will be members of Benton Fire District #4. The family would like to extend its most sincere thanks to the staff at Springhill Medical Center Emergency Department as well as the staff of Rose-Neath funeral home.
To order memorial trees or send flowers to the family in memory of Paul Anthony Cassel, please visit our flower store.