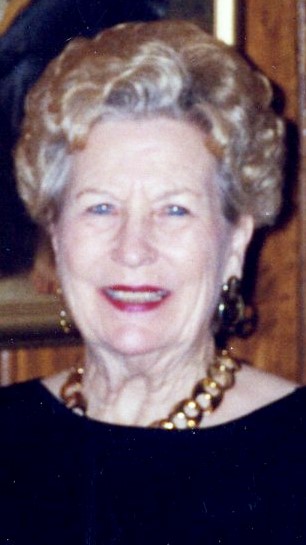 Funeral services for Ora Elizabeth Huckabay Towns will be held Saturday, November 27, 2021, at 10:00 a.m. at First Baptist Church in Gibsland, Louisiana. Rev. Robert Jameson will officiate. Interment will follow at Campground Cemetery in Bienville under the direction of Rose-Neath Funeral Home in Minden. The family will greet friends from 4:30 to 7:00 p.m. on Friday, November 26 at Rose-Neath in Minden. The family is also deeply grateful for the love and care shown to Liz by her caregivers, hospice caretakers, and Kim Rigdon, RN. Ora Elizabeth-or Liz as she was known to many of her family and friends-was born on February 10, 1931, in Bienville, Louisiana to Walter Levo and Willie Bert Poland Huckabay. She was the baby, the youngest of the couple's eight children. She lived a rich 90 years before going to heaven on November 22, 2021, at her home in Mt. Lebanon. She is survived by her four sons and her daughter: Leslie O. Towns, Jr. & Terri, Michael L. Towns & Kathy, Philip L. Towns & Angela, James D. (Jim) Towns & Nancy, and Robee T. Covington & Mike. Her fruitful legacy includes 21 grandchildren and even more great-grandchildren. Her pallbearers will be several of her grandsons: Chris Holomon, Trey Towns, Jason Towns, Steven Towns, Adam Gates, Josh Gates, Kyle Towns, and Danon Dowling. Despite being born during the Great Depression, Liz had all she needed. She was a sweet child, raised by caring parents and doting older siblings. She was confident and talented from the start, stepping into the role of church pianist at age 13. She served her church in this role throughout her teenage years while using her other talents to have a successful high school career. Liz played forward on the basketball team, was an editor on the yearbook staff, and was an active member of the 4-H Club and the Bobcat Society. Not surprisingly, she was also voted Bienville High School's "Cutest Girl" her senior year. After graduating from Bienville High School in the spring of 1948, Orum Towns convinced Liz to marry him in September of the same year. The couple soon started a family and moved from Gibsland to Mt Lebanon during the summer of 1950. By 1957, Orum and Liz had five children: Leslie, Mike, Philip, Robee, and Jim. She was a caring mother, loving wife, and excellent homemaker. She raised her children to be hard-working, well-mannered, and kind. The love and effort she poured into her children through tireless work and enduring patience blessed them immeasurably. In fact, her love and sacrifices continue to bless them, their children, and their grandchildren today. In addition to raising five children, Liz served her community. She was a room mother numerous years at Gibsland High School and was a member of several organizations over the years, including the Red Hatters, Order of the Eastern Star, Daughters of the American Revolution, and the American Cancer Society. Liz also made time to be active in Mt. Lebanon and Gibsland First Baptist Churches. Throughout her life, she served in so many ways, from playing the piano for local congregations in need to teaching hundreds of children about Jesus. She led a children's choir for years that was aptly named the Devil Knockers. She was a good and faithful servant. Liz loved life and lived it well. She enjoyed oil painting and was a published author. She wrote a weekly column-Huckleberry Lane-that ran in the Bienville Democrat for decades, and many of those columns were later collected in a book by the same name. Like her, Liz's columns were sincere, insightful, and humorous. She was also blessed with double portions of gifts of hospitality: She was an excellent cook, entertainer, seamstress, and quilter. She was well-traveled. Liz visited many of our united states, including journeying to Alaska and Hawaii. Always up for an adventure, she also explored Canada, Australia, New Zealand, and the Fiji Islands. She could even fly; qualifying as a pilot before she eventually grounded herself due to vertigo. Despite her travels, she was a Bienville Parish girl at heart and was always happy to return home, often remarking with a smile to grandchildren in the back seat: "We're home again, home again, jiggity jig." She took good care of her home. Liz was a charter member of the Mt. Lebanon Historical Society and official hostess for many years. She volunteered thousands of hours at the community's Stagecoach Trail Museum, where she welcomed visitors and organized various events to benefit the museum and her neighbors. Mt. Lebanon will miss her. Most impressive, though, was her heart. Liz was consistently compassionate and slow to judge. Her calm demeanor put others at ease, and her kind words made them feel special. She was usually light-hearted and witty, but she could be solemn if necessary, ready with a wise word and the proper perspective. This produced friends from all walks of life, from the simple to the sophisticated, with Liz perfectly at ease with both. And now, Liz is fully at ease, at peace, with her Creator and Heavenly Father. She is home again, home again, jiggity jig. Rose-Neath Funeral Home 211 Murrell Street Minden, Louisiana 71055 (318) 377-3412
To order memorial trees or send flowers to the family in memory of Ora Elizabeth Towns, please visit our flower store.
Send a Sympathy Card