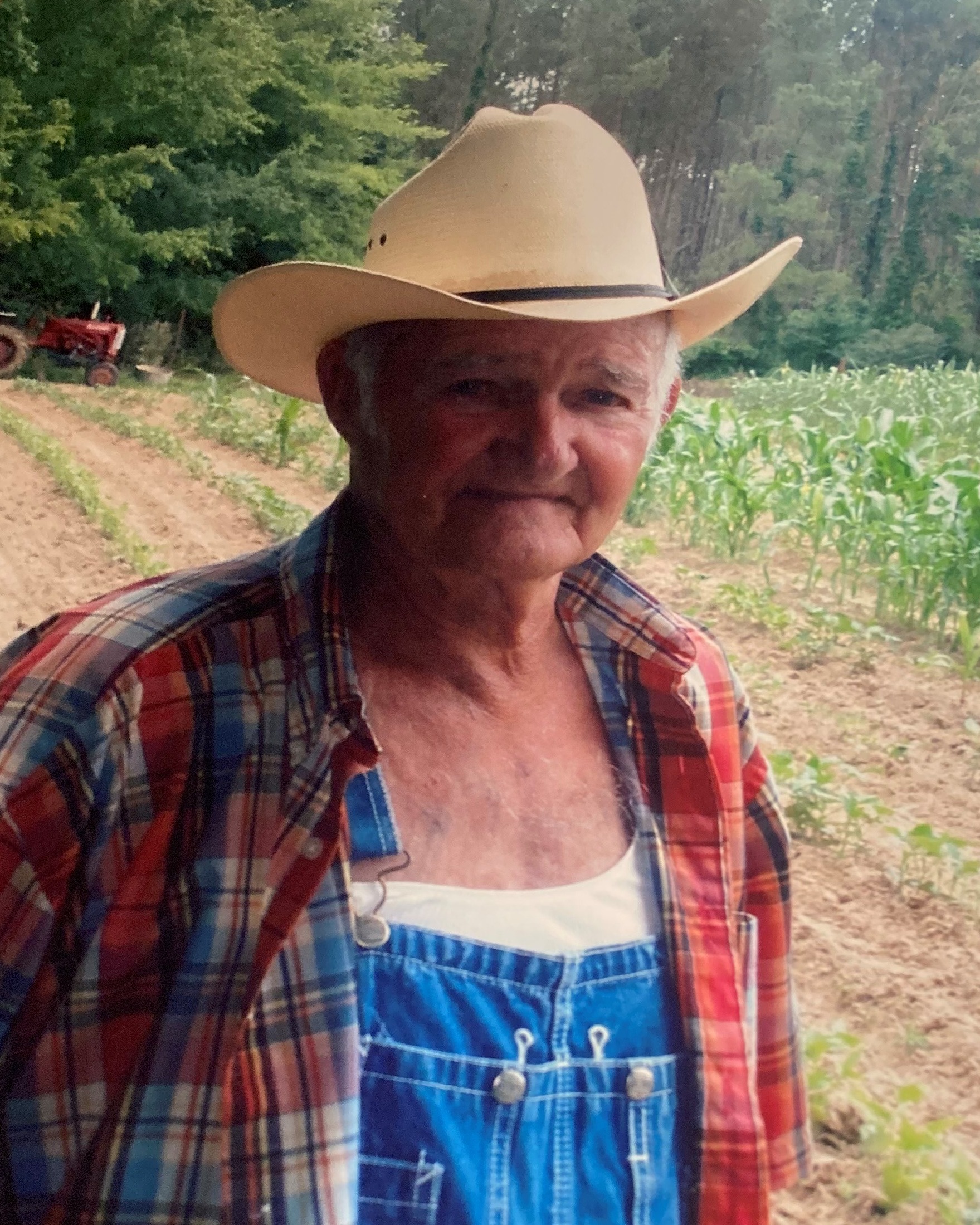 Dean was a lifetime resident of the Lula Community in Desoto Parish. He was a very hard worker and began his first paying job at the age of 14 as a Cowboy, rounding up and penning cows and bulls for cattle companies with his horse Dan and his dogs. Later he started working at the Mansfield Auction Barn as a foreman, a job that he loved. He also broke and trained horses for himself and the public.

He proudly served his country in the U.S. Army during the Korean War. Dean taught himself to weld at a very young age which landed him a welding job at Nabors Trailers in Mansfield. Years later he worked overseas as a welder on drilling rigs in the North Sea, Brazil, Holland, and Scotland for Penrod Drilling Company. He operated heavy equipment, did dozer work clearing land, and worked on the expansion project of Hwy 171. Dean worked for the DeSoto Parish Police Jury for 32 years and retired at the age of 85.

Dean absolutely loved deer and fox hunting with his dogs. He also enjoyed participating in Field Trials with his fox hounds and won numerous trophies. Dean also had a passion for raising a garden and loved giving it away to family and friends, raising cows, chickens, and horses, but the thing he loved and enjoyed most was spending time with his grandchildren.

Funeral services celebrating the life of Olan Dean Garrett will be held at 2:00 p.m., Wednesday, December 28, 2022, at Old Union Baptist Church, Benson, Louisiana. Reverend Delman Rogers and Reverend Alton Middleton will be officiating the service. Burial will follow at Old Union Cemetery, Benson, Louisiana.  A visitation will be held on Wednesday, December 28, 2022, at the church from 1:00 p.m. until the time of service.

To order memorial trees or send flowers to the family in memory of Olan Dean Garrett, please visit our flower store.