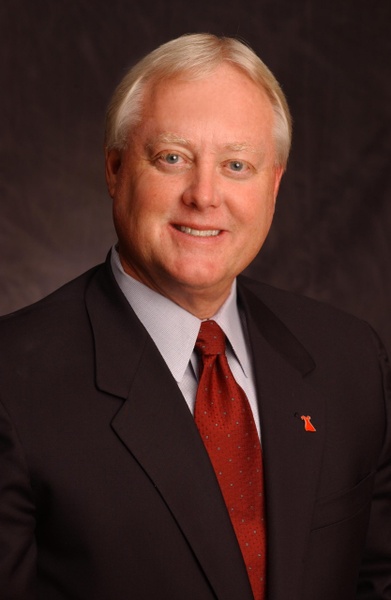 Michael Howard Madison went to be with the Lord Tuesday, March 31, 2022. Funeral Services honoring the life of Michael Howard Madison will be held at 2:00 p.m., Monday, April 4, 2022 at Rose-Neath Funeral Home, 1815 Marshall Street, Shreveport, Louisiana. A visitation will be held Sunday, April 3, 2022 from 1:00 p.m. until 3:00 p.m. at the funeral home. Officiating the service will be Justin Haigler, pastor of The Simple Church. Burial will take place at 11:00 a.m., Wednesday, April 6, 2022 in Memorial Park Cemetery in Tulsa, Oklahoma.

Mike graduated from Will Rogers High School in Tulsa, Oklahoma, then attended the University of Oklahoma where he graduated with a Bachelor of Science in Mechanical Engineering. After graduating, Mike began his career with the Public Service Company of Oklahoma in 1971 as an engineer for the generation division of business. He held a number of positions at Central and Southwest Corporation subsidiaries (now known as American Electric Power), including the Executive of the British Utility Seeboard, and went on to retire as President of SWEPCO in 2003. Upon his retirement, Mike was hired as Chief Operating Officer of CLECO Corporation in Pineville, LA. After two years, he was promoted to President and Chief Executive Officer. Mike was instrumental in the development and design of a powerplant that now holds his name, Madison Unit 3. It is because of his vision and dedication that the highest honor in the electrical industry, the Edison Award was awarded to CLECO in June of 2011. In 2012, Mike retired from CLECO and went on to serve with the Board of Directors for Blackhill Corporation, in Rapid City, SD, until 2021.

Mike held many other positions and titles during his career, including President of the Committee of 100, an organization of leading business executives helping to develop Louisiana's economy. He was also a director of the Cenla Advantage Partnership, a privately funded economic development organization taking a new approach to developing central Louisiana's economy. Mike also served as a board member of the Edison Electric Institute, the Christus St. Francis Cabrini Hospital, the Association of Edison Illuminating Companies, the Better Business Bureau, Capital One Bank, the Council for a Better Louisiana, the LSU-A Foundation, and was a member of the Governor's Advisory Commission on Coastal Protection, Restoration, and Conservation.

Mike Madison, as we all know, was a very successful man with a distinguished career, but if you were to ask him what his biggest accomplishment was... he would say his family. There was nothing more important to Mike than his wife, his two daughters, and his four grandchildren.

In lieu of flowers, the family suggests donations may be made to The Simple Church, 601 Benton Road, Bossier City, LA 71111 or the University of Oklahoma Gallogly College of Engineering, 202 West Boyd Street, Room 107 Norman OK, 73019, or a charity of the donor's choice.

To order memorial trees or send flowers to the family in memory of Michael Howard Madison, please visit our flower store.