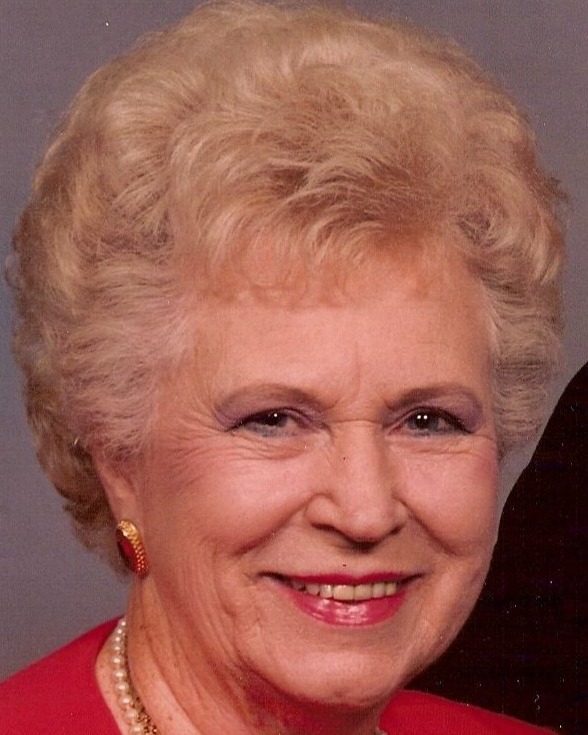 On Friday, October 28, 2022, the Lord called Mary Reeves Harper, 92, to her eternal home. The celebration of her life through visitation with family and friends will be held on Tuesday, November 1, 2022, at Rose-Neath Funeral Home in Bossier City, LA, from 5 – 7 p.m.  On Wednesday, November 2, 2022, services to honor the Lord and our mother will be held in Doyline, LA, at Pilgrim Rest Baptist Church, beginning at 11 a.m. and conducted by Rev. Ed Smith and Dr. Thumper Miller.

Mary, nicknamed “Toy” by her daddy at birth because she was so small, was much loved, and loved much in return. Her greatest love was that of her Lord and Savior, who she served through faith until drawing her last breath. She now serves Him in His presence, surrounded by oh, so many family members and friends. Over time, she became known as Aunt Toy or Mama Toy by those who loved her.

Mama Toy was born on February 27, 1930, in Bossier City, LA. She excelled in school and in the sport of basketball (all 5 feet of her!) at Doyline High School. She married our daddy, Raymond Harper of Doyline, on Thanksgiving Day, November 27, 1947. (She admitted to us once that she thought that by marrying on Thanksgiving Day, their anniversary would always be a holiday!)

During their 63-year marriage, three girls were born, and our daddy accepted his fate of living in a girl’s dormitory! Janet Rae Harper Campbell of Doyline (husband Randy), Judy Kae Harper Loftin of Bossier City (late husband Will), and Jill Ann Harper Heard of Mansfield (husband Jeff) were blessed to have been raised to love God, family, and taught Christian values. “Blessed” does not seem a strong enough word to describe God’s grace in placing us with the parents He chose for us.

Mama Toy received both a Bachelor’s Degree in Business Education and a Master’s in Counseling. In the early 1950s she began working as a Business Teacher at what was then the “Shreveport Trade School.”  For 26 years she worked there, exhibiting Christianity, a strong work ethic, and a true love for Vocational Technical Education. During her tenure, she became the first female Assistant Director of a Vocational Technical Institute/School in the state of Louisiana. We all learned so much from her.

Two final thoughts with which we were raised.  Her favorite scripture passage, Philippians 4:13, “I can do all things through Christ who strengthens me.” Her favorite poem by Edgar A. Guest, which begins with “Somebody said it couldn’t' be done, but he with a chuckle replied – that maybe it couldn’t, but he would be one who wouldn’t say so till he tried...”  We love and thank you, Mama Toy!

To order memorial trees or send flowers to the family in memory of Mary Harper, please visit our flower store.