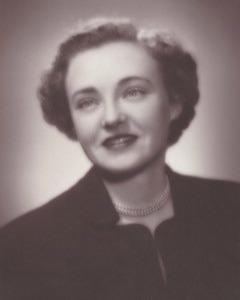 Mary Ann Beatty Pierson, 97, passed away Monday, October 10, 2022 in Shreveport, Louisiana.  Ann was born October 6, 1925 in Houston, Texas and graduated from the University of Texas where she was a member of Alpha Phi sorority.  She lived in Shreveport for 56 years, where she taught school and worked as an administrative assistant.  Ann was an active member of Saint Paul’s Episcopal Church and particularly enjoyed working in the church office and gift shop as a volunteer.

Ann was predeceased by her parents, Anna and Henry Beatty, and by her husband, Randolph Pierson, Jr.  She is survived by her children, son, David Pierson and wife ,Linda; daughter, Catherine Everest; and her grandchildren, Kelsey Everest, Courtney Everest, Gwendolyn Pierson, and Marian Pierson.

A family memorial service will be held at a later date.

Memorials in Ann’s memory may be made to Saint Paul’s Episcopal Church, 275 Southfield Road, Shreveport, LA 71105.

To order memorial trees or send flowers to the family in memory of Mary Ann Beatty Pierson, please visit our flower store.