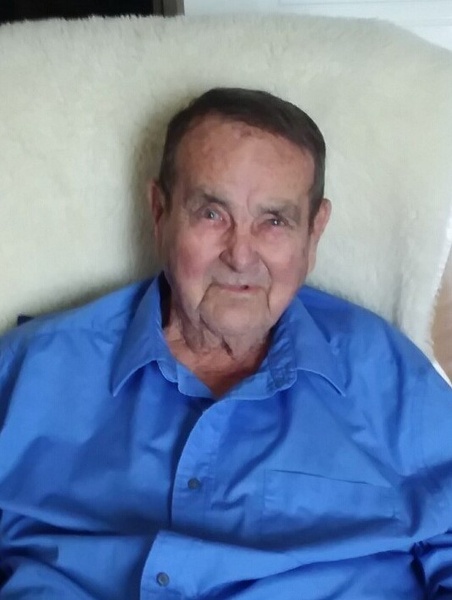 Marshall A. Estes, Pleasant Hill, Louisiana, was born on June 19, 1933, passed away at Christus Coushatta on Monday, January 24, 2022, after a short illness. Marshall was the son of E.C. and Mabel Estes of Estes, Virginia. Those left behind to cherish his memory include his wife of 60 years, Loretta Estes of Pleasant Hill, Louisiana, his son, Steven Estes, and wife Jennifer and grandsons Tanner and Canaan of Doyline, Louisiana, his daughter, Wendi Worsham, and husband Will, granddaughter Hannah all of Martin, Louisiana, his sister Cookie Cloud of Estes, Virginia, and numerous nieces and nephews. Marshall is preceded in death by his parents, three sisters, Kitty Cannon, Anna Laura Clater, Dorothy Mauney, two brothers, Adolph and Johnny Estes of Estes, Virginia. Marshall served his country as a member of the United States Air Force from 1953 to 1961 and served active duty in the Korean War. When he returned, he called Barksdale Air Force Base home. He met his wife Loretta while she worked as a telephone operator. They eventually called Pleasant Hill home. He retired as a civilian communications specialist after 25 years from Fort Polk, Louisiana in 1986. Throughout his lifetime, Marshall kept just about everyone in the community up and running with his electrical knowledge of televisions, air conditioning, plumbing and so much more. If it was broken, he could fix it. As long as you didn't mind your hot and cold-water handles being backward (he was a TRUE LEFTY) he could fix those too! Later in life, Marshall discovered a love for crawfish! He forgot all other foods existed! Even squirrel dropped to the bottom of the list. He was a member of Blue Ridge Methodist Church in Pleasant Hill, Louisiana. Marshall gave his life to Jesus at the age of 10 at a Brush Arbor tent revival. He was a one-of-a-kind man who raised his family to work hard and treat others right. He enjoyed hunting, fishing, his tractor, and raising cows for years. Honoring Marshall as pallbearers will be James Procell, Buddy Free, Will Worsham, Kyle Salley, Royce Salley, and Ryan Rodrigues. Honorary pallbearers will be a special friend and caregiver, Danny Price, grandsons Tanner and Canaan Estes, and family friend Rob Gaddis. The family would like to thank Dr. Carter, Dr. Chico, ER, ICU staff, and other employees of Christus Coushatta for the care and the love shown to our Daddy. A funeral service honoring the life of Marshall will be held at Blue Ridge Methodist Church on Wednesday, January 26, 2022, at 2:00 p.m. with Bro. David Hill and Bro. Toby Shaw officiating. Visitation will be held Tuesday, January 25, 2022, from 5:00 p.m. until 9:00 p.m. at Blue Ridge Methodist Church. Burial will follow at Spring Ridge Cemetery under the direction of Rose-Neath Funeral Home.
To order memorial trees or send flowers to the family in memory of Marshall A. Estes, please visit our flower store.
Send a Sympathy Card