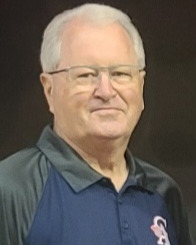 Marshal Wayne Baxter, 74, of Homer, LA passed away peacefully with his family by his side on December 7, 2022, following a brief illness.

He is survived by his wife of 51 years Sheila Giles Baxter; daughter Ellen Shepherd and husband Erik of Athens; son Clint Baxter and wife Victoria of New Blaine, Arkansas; two sisters Shirley Pesnell and Sue Quinney and husband Ben; and five grandchildren, Emma and Gage Shepherd and Nate, Kaden, and Lukas Baxter. Also left to cherish his memory are numerous nieces, nephews, cousins, and many dear friends that were more like family.

Wayne was a 1966 graduate of Ruston High School and was a proud member of the 1966 State Championship Bearcat Baseball Team, where he was the starting catcher.  He would proudly tell you that they were the last ones to win state in 2A.  Ruston went on to win state again the next year, but they had moved up to 3A.  He attended Louisiana Tech where he was a member of the bowling team. He was a Baptist at heart but was a member of the Cornerstone Church, formerly First United Methodist Church of Homer.

Wayne was a born athlete and every sport he attempted he excelled in.  He was also an excellent marksman and loved to go on dove and quail hunts. He was very competitive, and he believed if you were going to play a competitive sport, then you better play to Win! This competitive nature rubbed off on not only his children but also his grandchildren.

Wayne was a retired banker but his real love was coaching.  He started coaching his daughter, Ellen, when she was 4 years old and he was proud to have an all-girls t-ball team that competed against the boys and actually won some games. He, Gary Smith and Robert Akin kept these girls together until they were 12 years old, and he was quick to always mention that they won the league that year and went out with a bang. When Clint started playing ball, he coached him as well. There was not a day that went by in the summer that the whole family was not at the ballpark.

After Emma started playing ball at the age of 3, it was only natural for Wayne to coach her too.  Wayne quickly became known to every girl that he ever coached as Papa Wayne.  He was honored to have coached her all the way through high school and considered it a great privilege to teach the game to so many other girls as well.

His grandchildren were the absolute light of his life.  He didn’t get to see the “Baxter Boys” as much as he wanted but he had very colorful phone conversations with them on a regular basis.  Gage was his new chauffeur and he loved to ride Papa Wayne around so he could get on the pipes and blow the soot out. Emma was the only girl and might have been spoiled by Papa Wayne just a little bit. They were two peas in a pod, inseparable since her birth and talked on the phone many times a day.  She also taught him how to use emojis when he sent a text, but he hadn’t quite mastered the appropriateness of each one.

Papa Wayne was an early riser and by mid-morning he had already made his daily trip to Brookshires’s and was back home chilling in his recliner with his dogs Duke and Pearl, watching an already seen episode of Matt Dillon and Mrs. Kitty, having a daily phone conversation with his nephew Chad or his friend Randy and solving all the world’s problems with Mr. Jim.

Papa Wayne lived life to the fullest and enjoyed every single minute of it! He loved attending Chicago Cubs games, Louisiana Tech Baseball games, vacationing at the beach with his family, staying at the “Big House” in Branson, eating breakfast buffets, grilling for friends and family, “helping” Ellen run Southern Ingenuity, and watching his grandchildren excel in their sports.  He has crossed over to that majestic Field of Dreams and is waiting, very impatiently I might add, for the rest of his team to join him.

A Celebration of Life Service for Papa Wayne will be held on January 7, 2023, at Rose Neath Funeral Home in Homer at 11am.  Please come casual, like you were going to the ballpark. Wear your favorite team shirt and represent!

To order memorial trees or send flowers to the family in memory of Marshal Wayne Baxter, please visit our flower store.