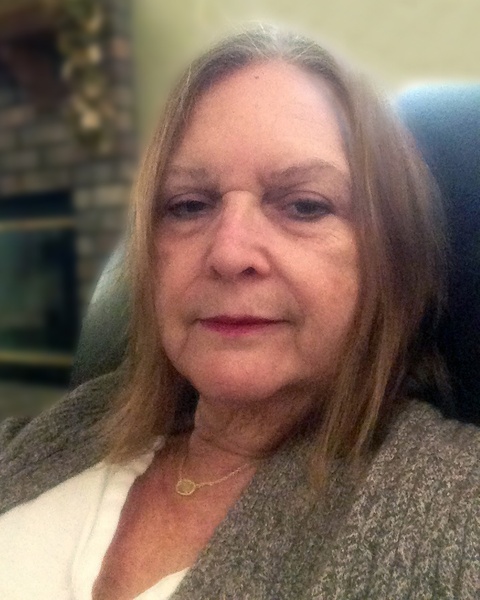 Lynne Martin Ashby was born September 11, 1955 in Gueydan, Louisiana to Clifford J. Martin Sr. and Velda Babineaux Martin and passed away peacefully at her home, Monday, July 4, 2022 in Shreveport, Louisiana.

Lynne grew up in Gueydan where she was voted best dressed her senior year of high school.  She met her husband, Mike, in July of 1976.  Mike and Lynne were married on March 12, 1977.  After marrying, Lynne moved to Blanchard and started her family.  Raising her three boys was her first priority, and she chose to be a homemaker for many years before starting a career as a preschool teacher at P.E.P.  After over a decade, she returned home to help care for her four grandchildren.

Lynne had many passions and talents.  She often volunteered at the Blanchard Church of the Nazarene where she would type the Sunday bulletin and coordinate crafts for Vacation Bible School.  She was known by many for her sewing.  She enjoyed sewing for her grandchildren, family, and friends.  Lynne’s specialty was homemade baby and children’s clothing.  She donated baby bibs and burping cloths to Mary’s House, Embrace Grace, and Providence House.  Early in the pandemic she met the need of Barksdale Air Force Base by sewing over 300 masks.

Lynne was also an excellent cook.  Many of her dishes were inspired by her Cajun heritage.  Her gumbo, sauce picante, and banana pudding are still talked about amongst family and friends.  Lynne found a love for painting later in life and was inspired by Louisiana Folk Art.  Her folk art paintings were sold all over the United States.  She even sold a painting to a gentleman in Paris, France.

First and foremost, her greatest passion was her family.  She loved returning to Gueydan to visit her loved ones.  She made sure to visit everyone.  She enjoyed writing letters to her sister, Frances, and talking on the phone to her brothers, Gene and Neil, about their latest garage sale finds.  She and Tammy Ashby were often running the roads having a great time.  She was a devoted mother and made sure all three of her sons were taken care of rather it be making a homemade birthday cake or baking chocolate chip cookies.  Being a granny was one of her favorite titles.  She spent countless hours babysitting her grandchildren, teaching them art, playing on the floor, and making them clothes.  Lynne was an unwavering loyal wife for over forty-five years.  Mike will greatly miss her and her selfless spirit.

The family would like to thank Willis Knighton Cancer Center and Dr. McDonald for their five years of care.  Also, thank you to St. Joseph’s Hospice for making it possible for Lynne to pass peacefully at home with her family.

To order memorial trees or send flowers to the family in memory of Lynne Martin Ashby, please visit our flower store.
Send a Sympathy Card