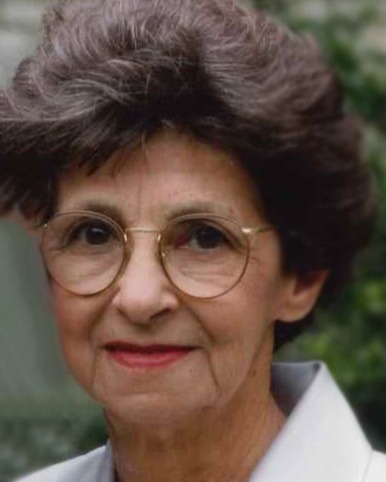 A Mass of Christian Burial honoring the life of Lola Lorine Dubois McCart will be held at 9:30 a.m. Friday, October 28, 2022, at St. Jude Catholic Church, 4700 Palmetto Road. Benton, Louisiana. Burial will be at Thomas Wren Cemetery in Martin, Louisiana. Visitation will be held from 5:00 p.m. until 7:00 p.m. Thursday, October 27, 2022, at Rose-Neath Funeral Home, 2201 Airline Drive, Bossier City, Louisiana. Officiating the service will be Father Karl Daigle.

Lola went home to the Holy God on October 16, 2022, at her daughter’s home in Kerrville, Texas.  Born in Montgomery, Louisiana, on July 23, 1936, to Milton and Almetta DuBois, she was blessed to have been raised with and creating a loving family during her 86 years.  Lola married William Joel “Junior” McCart on October 10, 1953, in Shreveport, Louisiana, and later moved to Haughton, where they established a home and started their family.

Lola’s life was dedicated to serving others. Her mother passed away three weeks after her first birthday, which resulted in her being raised without a mother, but her loving aunts filled the void. When Lola became a mother, she asked God to let her live long enough to be there for her children until they could take care of themselves. She was a stay-at-home mother until the fall of 1973, at which time she entered the workforce as a cafeteria worker in the Bossier Parish school system. Lola culminated her career as the cafeteria manager at Elm Grove Elementary School, where she retired in June 1996.

Lola was a world-class cook. Junior and Lola always raised the most abundant garden and beef for family and friends to enjoy. Anyone who was blessed to have been served at her table were nourished with a meal that was unforgettable. Purple hulls and snaps, beans, corn, tomatoes, okra, cucumbers, squash, and cornbread were common in her kitchen. Although her pies were worthy of awards, her biscuits and tomato gravy were cherished the most.

Lola enjoyed watching NASCAR and was a dedicated fan of the Dallas Cowboys and LSU Tigers. Her most memorable game was the hundreds of late-night hours at her dining room table with family playing Rook. But most of all she loved her Lord and her family. Lola led a quiet and simple life devoted to her husband, family, and faith and lived her life through kindness, patience, and modesty. She had a strong will for life, with great determination and endurance to bear all obstacles that came her way. Lola was a charter member of Holy Rosary Catholic Church in Doyline and later a member of Christ of King Catholic Church in Bossier City.

To order memorial trees or send flowers to the family in memory of Lola Lorine Dubois McCart, please visit our flower store.