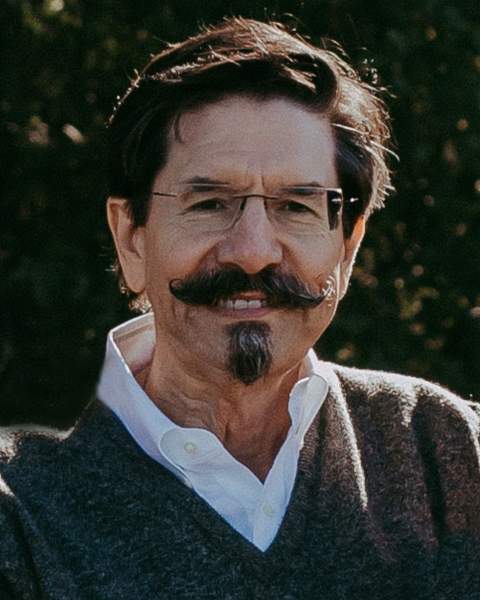 Larry Wayne LaBorde lost a sixteen-year battle with heart disease doing what he loved on Tuesday, August 30, 2022, at his office in downtown Shreveport, LA. Visitation will be held at First United Methodist Church, 500 Common St, Shreveport, LA, on Tuesday, September 6, 2022, in the main sanctuary, from 9:00 a.m. until 10:45 a.m. A funeral service will follow at 11:00 am.

Larry was born in Shreveport, LA, on August 8, 1958. He graduated from First Baptist Church School in 1976. He married his best friend and the love of his life, Donna “Puddy” Johnson LaBorde, on August 12, 1977. With her support he went on to receive a Bachelor of Science in Civil Engineering from Louisiana Tech University in 1979. Immediately after college they returned to Shreveport and he began his career in the family business, Continental Drilling & Service, Inc, which was founded by his father, O.C. LaBorde. With the family entrepreneurial spirit he founded Silver Trading Company in 2001.

Larry’s civic involvements and leadership roles were many and varied. He believed knowledge and enlightenment should be shared freely among all people.  He was a founding member and President Emeritus of the McNeil Street Pumping Station, member of Joppa Lodge 362, raised a Master Mason with all of his four brothers together, 32nd Degree Scottish Rite Mason, member of Knights of St. Andrew, life-long member of the North Shreveport Lions Club, member of the El Karubah Shrine, founding member and first President of Fellowship United Methodist Church, member and past Chairman of the Downtown Shreveport Development Corporation, past President of Louisiana Groundwater Association, member of National Groundwater Association, past President of Groundwater Institute, past Commodore of Shreveport Yacht Club, and served multiple terms on the Louisiana Governor’s Advisory Committee for the Regulation & Control of Water Well Drillers. He was a devoted member of First United Methodist Church, serving on the finance committee, as a marriage mentor, and taught the Married Life program for young married couples with Puddy.

Larry always enjoyed sharing stories, pondering odd topics, and above all else, helping others laugh. He and Puddy were inseparable companions in everything they did. They raced sailboats nationally, flew airplanes, traveled the world and made friends everywhere they went. After turning a childhood hobby of coin collecting into a successful bullion trading business, each new deal became an opportunity to develop and cultivate friendships with interesting people all over the world. These friendships lead to trips and adventures all over the U.S. and a couple outside of the U.S. As long as Puddy was with him, there was not an adventure or travel destination that was off limits.

Friend and fellow colleague, Liz Swaine, shared the following: “Larry loved downtown Shreveport, was an ardent student of history and a preservationist, passionate about downtown buildings such as the Scottish Rite Temple, the McNeil Street Pumping Station, and others that he helped save and preserve for the future. He was a friend, and we will remember him and his efforts. But in addition, he was a man who could combine art and science and the need to preserve history while making accommodation for the present, in a way that was both commonsense and compelling. There is an old EF Hutton commercial in which everyone in the room would grow silent when EF Hutton would speak. This is much the same at our board meetings when Larry would speak. He never raised his voice, he never felt the need to be the center of attention; but when he spoke, everyone listened. Larry -quietly- commanded respect.”

The service will be live streamed starting at 11:00 am CST. For those who cannot attend the service click here.

In lieu of flowers the family suggests memorials may be made to Shriners Hospital for Children, 3100 Samford Ave, Shreveport, LA 71103, the American Heart Association, PO Box 840692, Dallas, TX 75284-0692, or the American Diabetes Association, P.O. Box 7023. Merrifield, VA 22116-7023.
To order memorial trees or send flowers to the family in memory of Larry Wayne LaBorde, please visit our flower store.

Send a Sympathy Card
In memory of Larry Wayne LaBorde, please consider making a donation to one of the following charities: