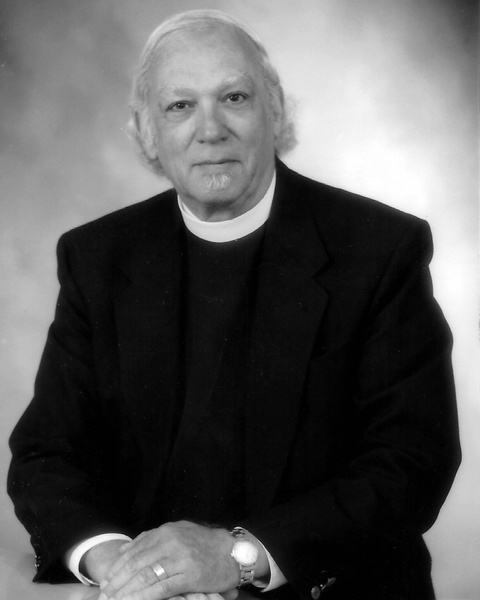 Father Paul was born as he always said "on the edge of a cotton patch" in Rapides Parish, Louisiana, March 10, 1935, the second child of Mellie George and Newton Jefferson Paul, Sr. and died October 9, 2022 at Ochsner LSU following a brief illness.

He was Ordained to the Priesthood in St. Mark's Church, (now Cathedral) on May 18, 1966 and was named Rector of The Church of the Holy Cross in 1968. He served for 27 years as Episcopal Chaplain of The Canterbury House, at Centenary College of Louisiana. He was the first non-Roman Catholic in the United States to teach religion in a Catholic High School at St. Vincent's Academy in 1965. In 1975, he lectured at Queen's College, Oxford, University.

As a Priest in the Episcopal Diocese of Western Louisiana he has served in many positions. He always said the ministries he started at Holy Cross of which he was most proud were the Endowment for Community Services, Holy Cross Hope House, Holy Cross Villas in Bossier City, Louisiana and Holy Cross Villas in west Shreveport. He was instrumental in seminary education and ordination for nineteen women and men from Holy Cross. He always said that being a Pastor to the sick and suffering was his most important ministry and that mostly happened "outside the stained-glass box".

To order memorial trees or send flowers to the family in memory of The Reverend Kenneth Wayne Paul, please visit our flower store.