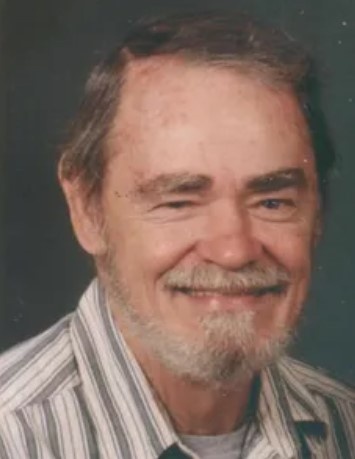 Kenneth Eugene Lemmons of Shreveport, Louisiana, passed away July 29th, 2022 after complications from Covid and a brief stay in hospice. He was born to the late Jessie Lee and Estelle Cole Lemmons on December 26th, 1934 in Albemarle, NC where he spent his childhood. In his teens, he moved to Atlanta, GA to live with his late Uncle William "Bill" Lonnie Cole and wife, Mickey, to be "polished" into a young man.

Our Dad was not a man of many words, but he enjoyed being surrounded by family and listening to the chatter of "his girls". He is survived by his wife of 55 years, Gertrude "Trudy" Rudolf Lemmons and his five daughters: Patricia "Trish" Kennedy (Bartley), Karen Lemmons-Silva (Mike), Janet Lemmons, Sharon Anderson (Carl) and Michelle Lemmons. Our Dad was also blessed with many grandchildren and great-grandchildren too numerous to mention.

Our Dad was a jack-of-all trades who could fix literally anything. After a short stint in the Marines, he began a career as a Computer Technician in the days when computers were the size of a whole room! After retiring early from Unisys, he went on to become his own boss (with a lot of help from Trudy!) buying, repairing and managing his own investment properties.

Our Dad was a nature lover and many family vacations were spent camping in Arkansas and the Great Smoky Mountains. He was a lifelong fan of Western movies, all things Science Fiction and was always reading to improve his knowledge. He was very concerned with the welfare of animals and had numerous pets over the years and many special dogs in his lifetime.

A memorial service celebrating our Dad's life will be held August 13th at 3:00, with visitation from 2:00 - 3:00 at Rose-Neath Funeral Home at 1815 Marshall Street, Shreveport, LA. In lieu of flowers, donations in his memory can be made to Robinson's Rescue; 2515 Line Avenue, Shreveport, LA 71104 or a local shelter or animal charity of your choice.

To order memorial trees or send flowers to the family in memory of Kenneth Eugene Lemmons, please visit our flower store.