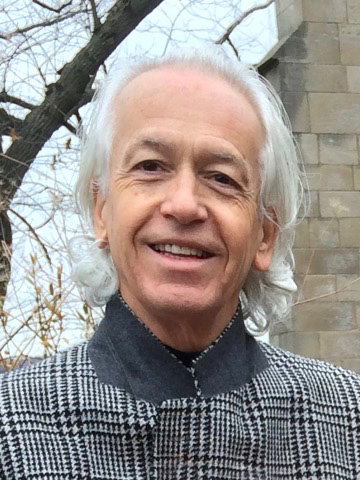 KD passed away peacefully in his sleep on Friday, December 10, 2021 in Shreveport, LA following a lengthy illness. He is survived by his loving wife of 43 years, Mitzie, stepmother, Anne B. Kilpatrick of Ruston, LA, sons, Connor Lewis Kilpatrick of Franklin, TN and Josh Stone Kilpatrick of Shreveport, LA; daughter, Annie Green Wise of Thibodaux, LA; and grandchildren Ben, Luke and Meredith Kilpatrick and Wes, Sophie and Olivia Wise. He also leaves behind sisters, Paula Kirk and husband, Les of Shreveport, LA, Melanie Willets and husband, David of Tulsa, OK, and Julie Cook of Lake Charles, LA as well as brother, Richard Kilpatrick and wife, Sherry, of Farmerville, LA. He was predeceased by parents, Kenneth Dale Kilpatrick and Sue B. Cook, as well as lifelong friend, Chris Eddy. KD was born on January 25, 1950 in Ruston, LA. He obtained both his Bachelor of Art and his Master of Art degrees from Louisiana Tech University in Ruston, LA and attended the Institute for International Studies in Rome, Italy. He pursued further education with Dallas Institute of Funeral Services which laid the foundation for his career as funeral director, mortician and operations manager for his family's business, Kilpatrick Funeral Home. Continuing education throughout his life included Life Insurance Marketing and Research Association's Human Resource Development Program, Agency Management Training Council, Life Underwriter Training Council and Presidents Club Training with Sandler Sales Institute. An ongoing career path encompassed Pre-Need Funeral Programs in New Orleans, LA, serving as Senior Vice President of Training with Liberty Life insurance Co. in Greenville, SC, and as National Sales Manager for the York Agency. He also worked with Blue Moon Consultants in Houston, New Orleans and Shreveport, LA and the Foundation Partners Group in Orlando, FL. Managing Partner for Boone Funeral Home in Shreveport and Bossier City, LA was his last career. Studying in Rome as well as traveling in Europe created a livelong appreciation of history, the opera, classical music and cooking. Mitzie and KD shared a memorable trip with his father and Anne which was highlighted by attending The Teatro alla Scala, an opera house in Milan, and a renowned cooking school in Florence. Later his sister Paula and her husband Les shared their trip of a lifetime to The Villa in the village of Corona in Italy with Mitzie and KD as well as travels which included the hilltop village of Montepulciano, Italy. A nod to European dressing included hats and the carrying of a satchel. KD began a foreign film society while still studying at LA Tech. He was a voracious reader of history and biographies as well as a lover of the blues, jazz and Texas swing. Upon moving to Shreveport, KD and Mitzie soon became members of First Presbyterian Church. The outreach, the many community programs and the ministry under Reverend Chris Currie became a part of their lives. Reverend Currie not only gave spiritual guidance but also volleyed life principles and experiences with them. His sister Paula was KD's lifetime rock. She supported her brother through the many chapters of his life with love, faith, kindness and laughter. His family gratefully gives thanks to the staff of Chateaus at Montclair, and especially to Lorraine Brendaw and Mary Jones. A Memorial Service will be offered on Tuesday, January 25, 2022 at 2:00 p.m. at The First Presbyterian Church in Shreveport, LA with the First Presbyterian Ministry Staff and Reverend Nancy McCranie of Austin, Texas will be officiating. A gathering of KD's family and close friends will be held afterwards at the Kirk residence. Serving as honorary pallbearers will be Michael O'Dwyer, Terry Woodall, Bill McCranie, Robert Temple, Steve Lorant, Tom Sumrall, Michael Briary and Mary Ann Selber. In lieu of flowers, his family suggests memorial gifts may be made to The First Presbyterian Church, 901 Jordan Street, 71104, The Bridge Alzheimer's and Dementia Center, 851 Olive Street, 71104, CADA, 2000 Fairfield Avenue, 71104 or the charity of the donor\'s choice.
To order memorial trees or send flowers to the family in memory of Kenneth Dale Kilpatrick, Jr., please visit our flower store.
Send a Sympathy Card