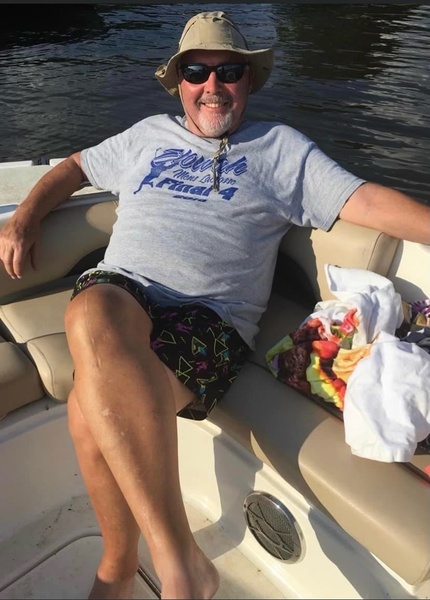 Kenneth George Cunningham was born on May 25, 1943 in Fort Worth, Texas and passed unexpectedly on Wednesday, March 30, 2022. Ken grew up in Midland, Texas and after graduating from Midland High School in 1960, Ken attended Texas Tech University where he earned his degree in business administration. While attending Texas Tech, Ken met the love of his life, Elizabeth Holder and they were married September 12, 1964 and celebrated 54 beautiful years of marriage. Immediately following his graduation from Texas Tech, Ken began his 32 year career with IBM in Pampa, Texas. In 1968, Ken accepted a transfer with IBM which moved he, his wife, and firstborn son, Kenneth, to Shreveport, Louisiana where they resided for 50+ years. Ken's second son, Kevin, was born shortly after they moved to Shreveport and then they welcomed their last child, Carolyn, in 1973. After retiring from IBM in 1996, Ken began his second career working for United Title of Louisiana for almost 20 years, fully retiring in 2015. Aside from his careers with IBM and United Title, Ken stayed active with his children's and grandchildren's activities (Cub Scouts, swim team, football, ballet, lacrosse, soccer, baseball, golf), but most importantly his activities with his family spent on Toledo Bend Lake for the last 50 years. Ken was an avid fisherman, hunter, and ski boat driver and spent many years enjoying his home away from home on the lake with his family. Besides his immediate family, Ken had an extended network of colleagues and friends that he genuinely valued in his life. Aside from being a loving and devoted husband and father, Ken's most treasured role was being Papaw to his six grandchildren. The patriarch role he played in our family will be an unforgettable legacy that will carry-on. Ken is preceded in death by his wife of 54 years, Elizabeth Page Cunningham and his loving parents, Kenneth and Mary Jane Cunningham. He is survived by his brother, Mike Cunningham and wife, Kelly; his son, Ken Cunningham and wife, Rosemary; son, Kevin Cunningham and wife, Juliet and daughter, Carolyn Shillcutt and husband, Steven. Surviving in his loving memory are his six grandchildren, Emily and Kenneth Cunningham, Zachary Cunningham, and Ryan, Payton, and Nathan Shillcutt. Ken is also survived by two loving sister-in-law's, many nieces, nephews, cousins and lifelong friends that he loved dearly. In lieu of flowers, the family suggests memorials may be made to Broadmoor United Methodist Church, 3715 Youree Dr., Shreveport, Louisiana 71105, where Ken and Liz were faithful members for over 40 years. A memorial service celebrating the life of Ken will be held at Broadmoor United Methodist Church on Saturday, May 14, 2022 at 11:00 a.m. A visitation will be held from 10:00 a.m. until time of service in the church parlor. Officiating the service will be Dr. Greg Davis.
To order memorial trees or send flowers to the family in memory of Kenneth George Cunningham, please visit our flower store.