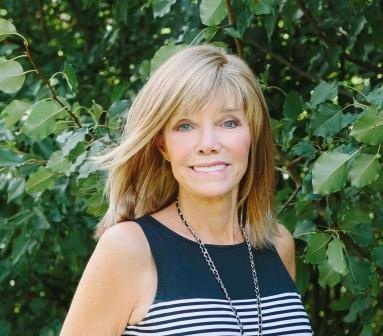 LEXINGTON, KY: Judy Bond Borg, age 74 of Lexington, passed away Thursday, November 11, 2021 at the University of Kentucky Hospital after her courageous battle with cancer. She was born February 19, 1947 in Haynesville, LA, a daughter of the late Leon Darrell and Mary Rebecca Monk Bond. She is survived by her daughter, Jill Goldberg Gerlach of Lexington, granddaughters, Kaitlyn Carr, and Allie Viney; siblings, Richard Jerry Bond, Sharon Renee Bond Englert, Pamela Susan Bond Saunders, and Mona Lisa Botzong; several nieces, nephews and cousins; fiancé, Michael Nicholson; and many dear friends. Besides her parents, she was preceded in death by her husband, Thomas (Tom) Borg; daughter, Jennifer Rebecca Carr; paternal grandparents, Lum and Fannie Bond; and maternal, William and Sarah Monk. Judy was a member of Crossroads Christian Church in Lexington, KY. She grew up enjoying playing softball, basketball, and the piano. She was also a track star that couldn't be beat. She has always had a love for dancing throughout her life, even into her adult years having won several dance competitions. A graduate of Louisiana Tech University in 1969, Judy was a member of the Kappa Delta sorority. While in college, she received several awards and associations including, Student Council, Secretary and member of Kappa Delta Sorority, Outstanding Senior in Business, Who's Who in American Colleges & Universities, and Martha Condra Outstanding Sophomore Woman Award. Upon graduation, Judy immediately began her career with IBM. She began working in the marketing department and held multiple positions with various roles of increasing responsibilities that took her from Dallas to San Francisco to Atlanta. One of the many awards she received during her IBM career was the IBM Means Service Award. In 1990, various divisions of IBM were sold off and Lexmark International was formed. Judy, along with several other IBM employees, moved to Lexington to begin working at Lexmark International. Judy worked in Corporate Communications managing all corporate events. Many things fell under her purview. She created the Lexmark business show program executing hundreds of shows and exhibits. She was awarded a Mark of Excellence Award for the success of this program. Judy also managed the organization of massive sales recognition events for thousands of people in attendance as well as executive briefings, sales conferences and more. Judy also managed a customer event for the 1996 Olympics in Atlanta, GA for which she received another Mark of Excellence Award. Judy was respected by all Lexmark executives as someone who could be counted on and to get the job done. After retirement from Lexmark in 2001, Judy didn't sit still. She worked with Steve Smith, co-founder of Excel Communications on some of his business ventures where she quickly rose to an Executive Director level mentoring many. Aside from her long, successful career, Judy loved being with her family and friends. She had an infectious smile and a zest for life. She had a love of the ocean and was an avid boater. She was adored by everyone who had the pleasure of knowing her. As she fought tirelessly to beat her cancer, she never lost her will to fight. Many, including her amazing doctor, Charles Dietrick III, were often amazed by her positive attitude and will to continue fighting. On November 11, 2017, Judy participated in the "Dance for Hope" fundraiser in honor of her late husband who passed away from cancer the previous year. It is ironic that we lost our dear Judy (Mom/Mimi) four years to the day after that dance. A funeral service was held in Lexington, KY on Saturday, November 20, 2021 at Kerr Brothers Funeral Home - Harrodsburg Road. Visitation in Louisiana was held Saturday, December 4, 2021 at Rose-Neath Funeral Home located at 405 East 5th Street, Homer, LA 71040 from 9-10:30 a.m. followed by a graveside memorial service at Colquitt Cemetery located at 300 Tom Sale Road, Haynesville, LA 71038 at 11 a.m. Pallbearers were Jonas Bond, Richard Bond, Andy Foster, Jerry Wayne Foster, Jimmy Monk, and Bill O'Donnell. Honorary pallbearers were Joe Ellis Michael, David Michael, and Tom Foster. Judy's family and friends hosted a celebration of life immediately following the graveside service at Colquitt Community Church. In lieu of flowers, donations can be made to Kentucky Cancerlink in Judy's name via kentuckycancerlink.org or by mail at 2425 Regency Road, Lexington, KY 40503.

To order memorial trees or send flowers to the family in memory of Judy A. Borg, please visit our flower store.
Send a Sympathy Card